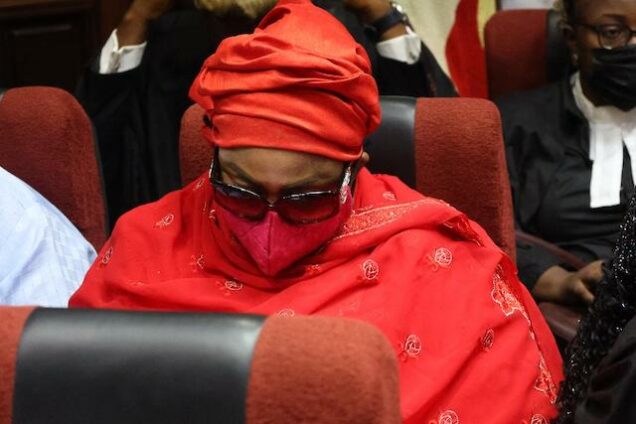 For Senator Stella Oduah, the hunted has now become the hunter as she has dragged the Economic and Financial Crimes Commission (EFCC) to the man superintending over it, the Attorney General of the Federation, Abubakar Malami.

In a petition to Malami, Stella literally put the EFCC in the dock, alleging it has been persecuting her and her alleged accomplices in a N5 billion fraud case.

Her lawyer Oguh Onoja informed the court about the petition today and thus asked the court to stand down the case.

“This case is a matter of persecution and not a matter of prosecution; based on that we have the objection that this plea cannot be taken.

“There was a petition written to the Attorney General of the Federation claiming that this matter is more of a persecution and not prosecution and we got a response from the AGF.

“The AGF requested that the case file be remitted to his office and up till now the EFCC is yet to do that”, he said.

RThe prosecution counsel informed the court that though he was just seeing the letter, a petition could not stop a plea from being taken.

“The AGF has powers to intervene, continue or discontinue a case. The fact that a petition has been written to the AGF does not stop the plea from being taken,” he said.

Justice Inyang Ekwo noted that a constitutional issue had been raised which he could not deal with summarily.

“Now, upon that being done, I will then make an order to adjourn this matter for adoption of written address. The defendant shall continue on administrative bail until this issue is resolved,” he ruled.

He adjourned the matter until February 10, 2022, for adoption of the written addresses and ordered that the defendants continue on the standing administrative bail

After dodging court summons, Stella was compelled to appear in court today or risk committal to prison for contempt.

The former aviation minister was expected to take a plea in the case, which has dragged for years.

But the introduction of the persecution allegation aborted the expectation.

She was to be docked alongside nine others by the Economic and Financial Crimes Commission, EFCC on a 25-count charge.

Justice Ekwo had on October 20, 2021 fixed today for the arraignment of the former minister over allegations that borders on fraud and money laundering to the tune of N5billion while she held sway at the aviation ministry.

At today’s sitting, Ofem Ikpi Uket announced his appearance for the EFCC and sought leave of the court to read the charges for the defendants to take their pleas.

But this did not happen.