Why I love Wizkid with passion - Olofin Sniper 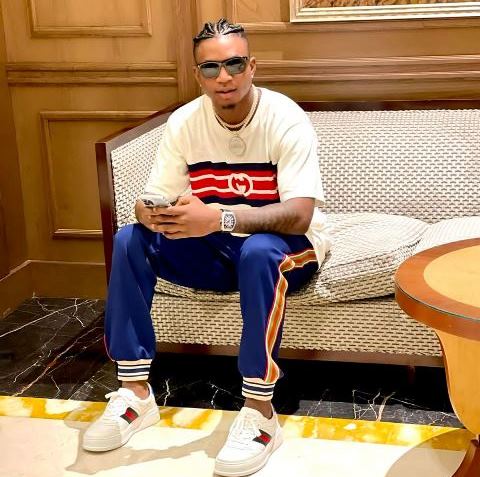 He said he found his music as very special with a touch of class.

Wizkid on Sunday reigned at the AFRIMA Awards with an award of the Best African Artiste of the Year.

“I love Wizkid with passion. His music is class, the sound and lyrics coupled with his style is simply the best out of Africa,” Olofin Sniper declares, giving more reasons the Star Boy is first among equals.

“This is not even up for dispute. Wizkid is perhaps Nigeria’s most prolific hitmaker. From his debut album, to the EME compilation album to his new project, Wizkid has racked more hits that will last some artist’s entire career. Let’s not forget the songs he dropped in between albums such as ‘Azonto’. Hit for hit, Wizkid is leading this race with a huge gap,” he pointed out.

“Chris Brown is his buddy. Rihanna(reportedly) likes his music. He had shared the same management with Tinie Tempah. He has done songs with Akon, and Tyga. It’s pretty obvious is a huge music export. He is known by foreign celebs, and he even parties with them. His recent collaboration with Justin Bieber is simply the best,” he said.

He also noted that Wizkid, unlike many other artistes in Nigeria and beyond, wrote his own song, making a special artiste.

Olofin Sniper himself is not a greenhorn in the music business. His discography clearly shows he is a multi-faceted and multi-dimensional artist with the gift to deliver in any terrain he found himself.

His first single released in 2015 titled “New Dawn” was laced with Afro Rap sound. The sophomore single “Look Into My Eyes” was delivered with trappings of Afro pop flavour, and so was “Adama” also in 2016, it was Afro pop sound as well.

Describing himself as a classic artist is exactly true to type in his third single titled “Cool Temper” released in 2017 which was purely Rhythm and Blues although with a touch of Africanism in it. And his last single dropped in 2018 was Afro-fusion.

He dropped a Reggae Dancehall “Move it” in 2019 and followed up in the same energetic version to crown 2020 with “Obo Erofo” featuring Fela 2, another Dancehall effort. His last single “Agabado (2021) is an Afro Highlife.

Apart from his success as music artist Olofin Sniper has also made a name for himself as a show promoter, show organiser, brand influencer and a record label owner. Under his Sniper Entertainment he has contributed his quota to the development of entertainment in Nigeria and taking the music beyond the shores of Nigeria.

“My duty is to entertain people. I have loved entertainment from childhood, that is what I like to do,” he remarked.