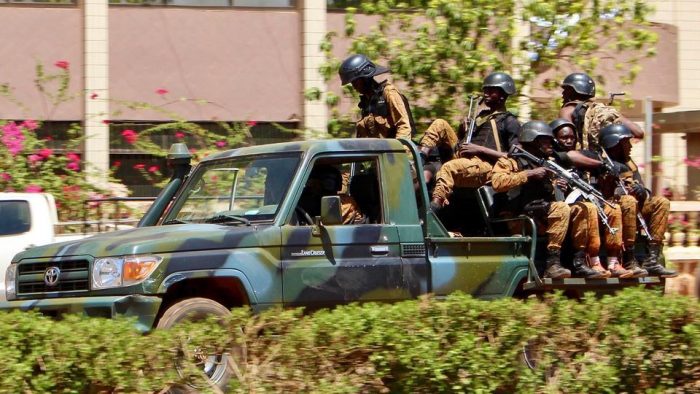 A government spokesperson announced on Tuesday that 10 civilians and nine soldiers were killed in an attack in Burkina Faso in West Africa.

The perpetrators attacked a gendarmerie post in the northern town of Foube, which led to the fight that broke out between the attackers and the security forces in the process.

Armed Islamist militias allied to terrorist groups such as Islamic State and al-Qaeda, were known to be active in Burkina Faso and many of its neighbours in the Sahel region.

Attacks on military and police posts had increased in recent weeks, especially near the Malian border. In mid-November, unknown extremists killed at least 53 people in an attack on a gendarmerie post in the northern province of Soum.

At the end of October, almost two dozen people were killed in an attack on a police station in the region.

According to the United Nations, more than 1.2 million people have been displaced by the violence in Burkina Faso and are now living as refugees in their own country. (dpa/NAN)