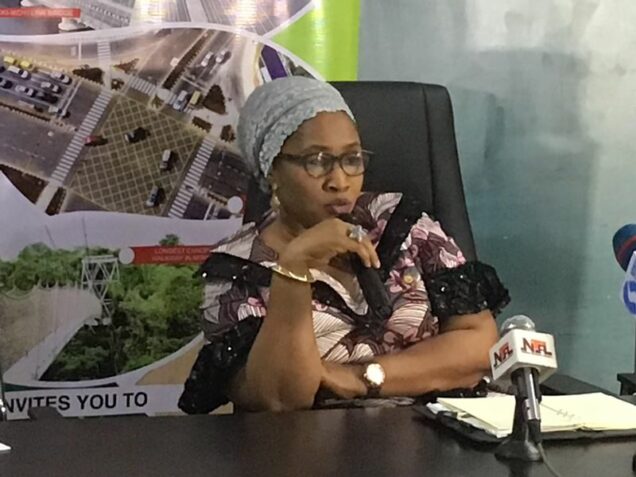 The Lagos State Government on Tuesday said plans are ongoing towards the organisation  of an arts and craft exhibition in the state next year as part of efforts to boost youth employment.
The Commissioner for Tourism, Arts and Culture, Mrs. Uzamat Akinbile-Yussuf,  who made this known in a chat with newsmen in Alausa, Ikeja, said the Ministry which had already started implementing the Community Based Tourism, CBT, an aspect of the State’s revised Tourism Masterplan had trained 150 youths to serve as tour guides.
She encouraged unemployed youths in Lagos to take advantage of opportunities available in the sector, saying that that they could go into arts and crafts, especially the production of items of cultural and aesthetics values, which could be purchased as souvenirs by continental and  international tourists coming into Lagos.
The commissioner added that the proposed Arts and Crafts Exhibition would further create a platform for the exposure of those already engaged in the sector and provide a much larger market for them.
“There are so many job opportunities around tourism, take for example, when we went to Israel, I realized that many of the people there are not even Christians, but they are taking advantage of the opportunities in pilgrimage, people come to Lagos ,” she said.
Akinbile-Yussuf stated that her Ministry had been engaging community leaders  in  selected local government areas on the need to curb identified  challenges, such as harassment by area boys  and ways of  harnessing the gains of domestic tourism.
“We have been sensitizing the communities to be more receptive ensure that they are hostile to tourists, if they want to see the traditional rulers house, take them there, when they visit the markets, don’t abuse them for not buying everything, so, we are encouraging and training them on how to welcome tourists” she said
According to her, the six pilot LGAs for the CBT are: Ikorodu, Epe, Oshodi Isolo, Surulere, Eti-Osa and Badagry, which cut across the division of the State.
She said findings conducted by the state government showed that identified points of tourism in these areas coud be economically viable for the residents in particular and the State in general.

However, the commissioner said the flagship program of the Ministry; Greater Lagos Fiesta had been suspended due to the resurgence of COVID-19 and to guard against the Fourth wave of the scourge.

Akinbile-Yussuf assured that necessary arrangements had been in place to ensure proper regulations of public events during yuletide season.