Super Eagles in trouble, as injury knocks Osimhen out of AFCON 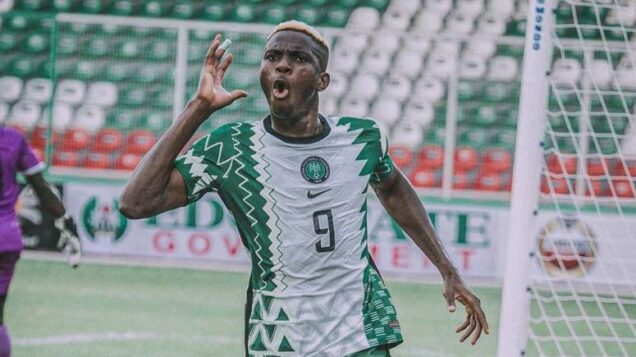 Super Eagles prolific striker, Victor Osimhen has been knocked out of the 2022 African Cup of Nation (AFCON) in January after undergoing surgery on Tuesday.

Osimhen suffered multiple face fractures during the match between Napoli and Inter Milan on Sunday.

The injury followed an aerial challenge with Milan Skriniar.

The striker undergone cheekbone surgery on Tuesday and is expected to be ruled out for three months, according to a statement issued by Napoli on its website.

“Victor Osimhen was operated on this morning by Prof. Tartaro, assisted by Dr. Mario Santagata and in the presence of Dr. Canonical, for a reduction and restraint operation of multi-fragmentary and displaced fractures of the malar bone, of the zygomatic arch and pommel, of the floor and lateral wall of the orbit, and of the diastasis of the frontal-zygomatic suture.

“The synthesis of the bone abutments was done with titanium plates and screws. The player is fine and will remain under observation for a few days.

“The prognosis is estimated to be around 90 days,” the statement said.