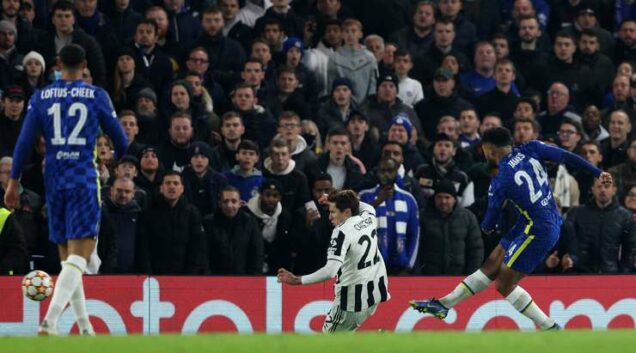 Chelsea demolished Juventus 4-0 on Tuesday to qualify for the round of 16 in UEFA Champions League.

The homers took charge of the match from the beginning till the end and opened scoring on 25 minutes through Trevoh Chalobah.

He fired in  a rebounded ball into the top left corner after the ball broke to him in the box.

Chelsea had to wait till the 56th minute to score their second goal.

Reece James found himself some space inside the box to control a rebound and fired the ball into the left side of the goal, giving the goalkeeper no chance.

Two minutes later, Callum Hudson-Odoi made it 3-0 for Chelsea after receiving pass, to unleash a shot straight inside the right post.

Timo Werner added the fourth goal on added time, latching on to a perfect pass and fired an excellent low shot into the middle of the net.