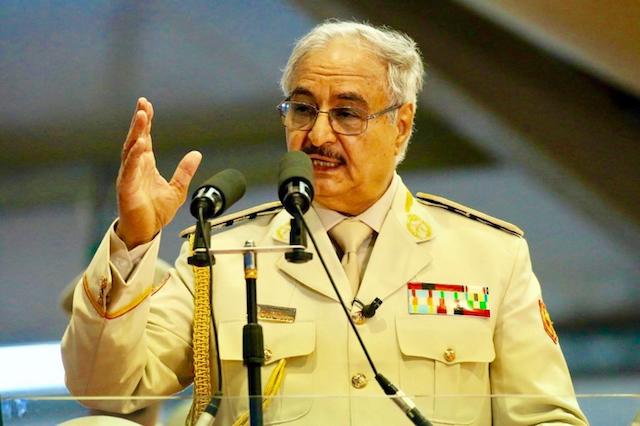 A total of 98 candidates, including two females, have submitted applications for the first direct presidential election in Libya, meeting Tuesday deadline.

Emad Al-Sayeh, Chairman of the High National Elections Commission said a primary list of candidates will be published in two days.

Most of the political and military figures, as well as a large number of activists, academics, and artists are running for president.

Abdulhakim Bayo, the first presidential candidate submitted an application to the Elections Commission, said the upcoming elections are the first democratic elections in the North African country since 2011.

“I am positive that these elections are a chance for me to serve my country,” Bayo told Xinhua.

Mahmoud Khalafallah, a political analyst, believes the record number of presidential candidates is expected, given the new democratic experience in Libya.

“Everyone believes that they can be a president of the country, especially in the absence of one real candidate who can guarantee to win the presidency,” Khalafallah told Xinhua.

“There are no politicians or figures in Libya with long experience in this field. Therefore, this made even those who do not have a political history believe in their opportunity to win the votes,” Khalafallah said.

The political analyst also pointed out that some candidates are running for president as a political maneuver, attempting to gain a position in the elected authority in the coming weeks.

“Some individuals want to be referred to as presidential candidate. Some of them were pushed by political parties to be an alternative to the well-known figure who may be outside the electoral race.

“Therefore, the number of presidential candidates is large,” he explained.

The most notable presidential candidates include Saif al-Islam Gaddafi, son of the late leader Muammar Gaddafi, Khalifa Haftar, the commander of the eastern-based army, Aguila Saleh, the speaker of the parliament, and Abdul-Hamid Dbeibah, the incumbent prime minister.

The elections are part of a roadmap adopted by the UN-sponsored Libyan Political Dialogue Forum in February, with the aim to bring stability to Libya.