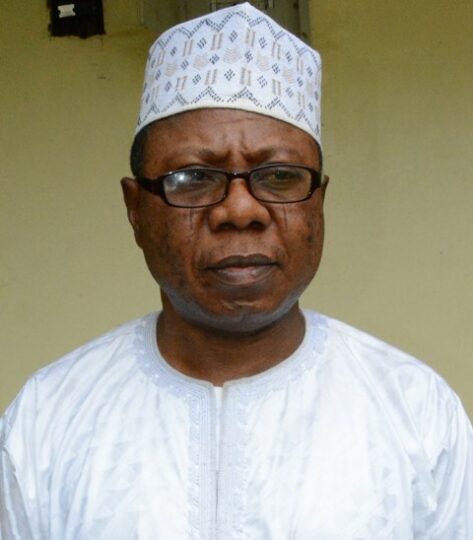 The Economic and Financial Crimes Commission, EFCC, Kaduna Zonal Command has arraigned Ilyasu Abdulrauf Bello before Justice Darius Khobo of the State High Court, Kaduna on a one count charge bordering on receipt of gratification worth over N6 million.

Ilyasu who doubles as the Deputy Bursar, Ahmadu Bello University, Zaria and Acting Chairman of the university’s chapter of the Senior Staff Association of Nigerian Universities (SSANU), allegedly took advantage of his office to siphon part of the funds in the Association’s welfare account.

According to EFCC, investigation revealed that there were several unauthorized withdrawals which were done without the knowledge of other members of the association.

Count one of the charge reads, “that you, Ilyasu Abdulrauf Bello sometime in December, 2018 in Kaduna within the Jurisdiction of this Honourable Court while being the Acting Chairman, SSANU ABU Chapter, conferred gratification to yourself to wit: the sum of N 6,325,000.00 ( Six Million Three Hundred and Twenty Five Thousand Naira only) from the total contract sum of N 6,825,000.00 awarded by SSANU ABU Chapter to P.A NDAHI Printing Company for the printing of T-shirts and Face Caps, and you thereby committed an offence contrary and punishable under Section 19 of the Corrupt Practices and Other Related Offences Act 2000”.

He, however, pleaded not guilty and the prosecution counsel, J.Musa asked the court to fix a date for the commencement of trial while the defence counsel, J.H Dacep urged the court to grant bail to his client.

Justice Darius Khobo granted bail to the defendant in the sum of N2 milliona with one reliable surety who must be resident in Zaria and own a landed property with Certificate of Occupancy.

The Judge also ordered that the surety must be verified by the Court registrar and the prosecuting Agency.