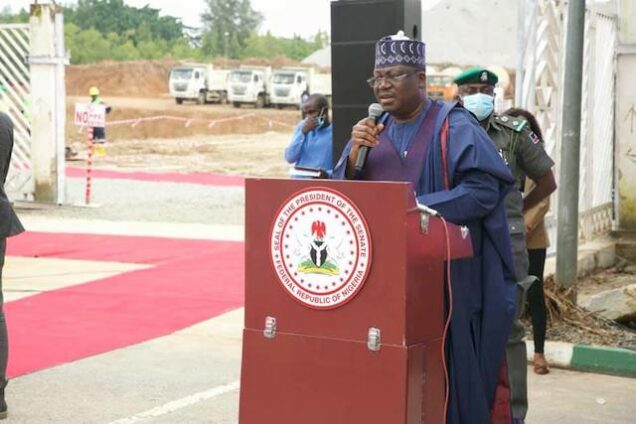 President of the Senate, Ahmad Lawan has urged the Federal Government to prioritize the safety and security of private sector investments across the country.

This, he said, would guarantee an improved economy for Nigeria.

Lawan stated this on Wednesday after the upper chamber considered a bill to enact the Public-Private Partnership Regulatory Commission Bill 2021.

According to the Senate President, the provision of a safe environment which allows ease of doing business would encourage public-private partnerships needed to drive investments and develop the various sectors of the economy.

He, therefore, called on the executive to ensure that the Public-Private Partnership Regulatory Commission bill, is assented into law when eventually passed by the National Assembly.

“Let me say that our country at this point and, indeed, at any point, should embark on a public-private partnership to ensure that we free our scarce resources for social development, particularly education and health, and similar sub-sectors.

“I believe that at this point in our history, with very limited resources, we need to encourage the private sector to participate in the development of infrastructure in our country.

“[And] of course, this is the practice, but one thing is clear, that we have to provide a convenient and safe environment for the public and private sector to be convinced that their investments would provide the kind of return that they aspire to get and that there’s the legal framework to protect their investments.

“No matter how hard we wish to encourage the private sector to participate in our economy, if the investments do not appear to be fully protected, or they feel unsafe, we will be disappointed.

“So, I believe that this is a very important bill. And it is for us in government – both the executive and the legislature – particularly the two arms government, to work hard to provide the kind of climate of ease of doing business, security and safety to promote and protect private sector investments in our country.

“I believe that Nigeria has the kind of population that will encourage any private sector investment to come.

“What may be a setback at the moment, is the security challenge that we face, but thank God we are doing well and would continue to do so, but this is one bill that all of us in the legislature and executive arm of government would like to see become a law that will also be fully implemented for the benefit of our country.”

“One of the major challenges affecting the growth of the Nigerian economy is the huge deficit in both the areas of social and economic infrastructure; roads, railway, seaports, and airports, the provision of affordable health care and medical facilities to mention a few.

“To bridge this gap, massive investments must be made in the expansion of the country’s infrastructure services well beyond the resources and capacity of the government, which has been solely responsible for the provision of such infrastructure.”

After scaling the second reading, the bill was referred by the Senate President to the Committee on Works. They were given four weeks to report back to the chamber in plenary.