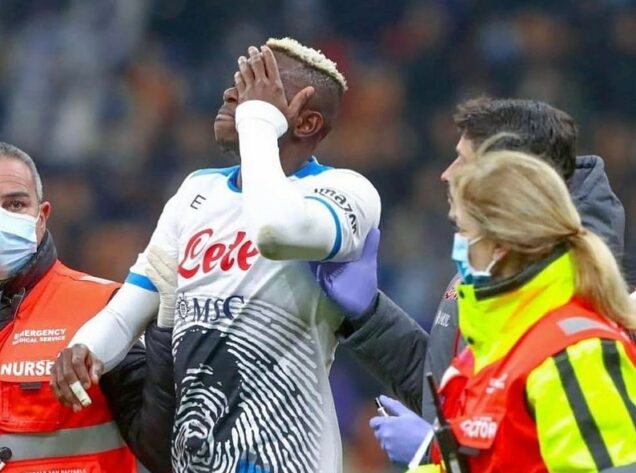 Joseph Yobo, a former Nigeria captain, has expressed his sorrow for Victor Osimhen’s injury after the latter was ruled out of next year’s Africa Cup of Nations over a facial injury.

After colliding heads with Milan Skriniar, the 22-year-old was forced off as Napoli lost 3-2 to Inter Milan on Sunday.

Osimhen will have surgery and will be out for at least three months, according to a statement from his Serie A team.

“It is shocking to hear that such an integral part of the national team is going to be missing the 2021 Africa Cup of Nations.

“He is a big player, but his health is more important. It is a blow for the national team.

“Osimhen is a young lad who has a lot of potential and is still developing. I had a chat with him recently and I reminded him of how great he could be. I wish him a speedy recovery.

“His talent is unmeasurable, his presence, his energy and what he brings to the team as a no. 9 is frightening,” Yobo told Goal.