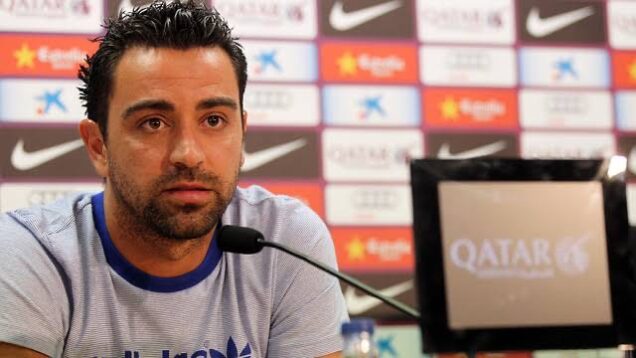 Barcelona manager Xavi has said his side can still beat Bayern Munich to qualify for the champions league round of 16 stage.

He denied he was angry that his side failed to beat Benfica, even though the 0-0 draw means they must likely beat Bayern Munich away to progress to the knockout stages.

It was the new Barça head coach’s first European game in charge on Tuesday night but despite playing some attractive football, they could not score.

The point means Barcelona are second in Group E, two points ahead of Benfica – who play basement-dwellers Dynamo Kyiv in their final game. If the Eagles secure the victory that is expected of them, a draw will not be enough for Barça to clinch second, due to head-to-head record.

Despite this, after the game Xavi insisted that he was not frustrated by the result, also backing his players to get the job done against Bayern Munich.

“We wanted the three points, we wanted to get through today, so it’s a pity. I’m not annoyed, I’m not angry because I can’t reproach anything the players did,” he said.

— Xavi on Barça's path forward in the @ChampionsLeague pic.twitter.com/97hG8NYaKE

“They did everything perfectly to have won the game, it’s just a pity that we didn’t.But we have another opportunity.

“We’ve got to go to Munich and try and win and show that playing like this we can win. We’ve got another bullet in the chamber that we have to make count. We have to keep going and we have to win in Munich.”