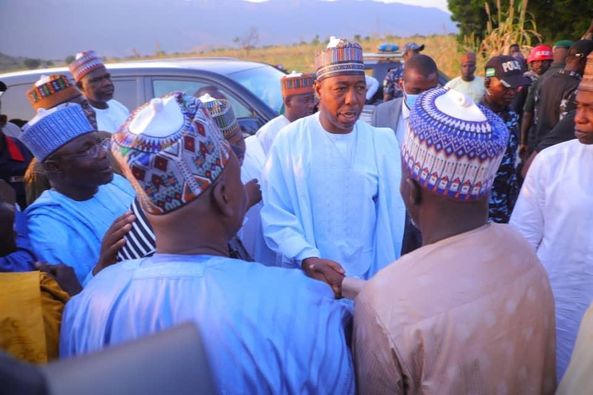 Zulum arrived Biryel, headquarters of Bayo Local Government Area on Tuesday evening and passed the night there.
Today, Wednesday, the Governor kick starts his commissioning of projects from Bayo. 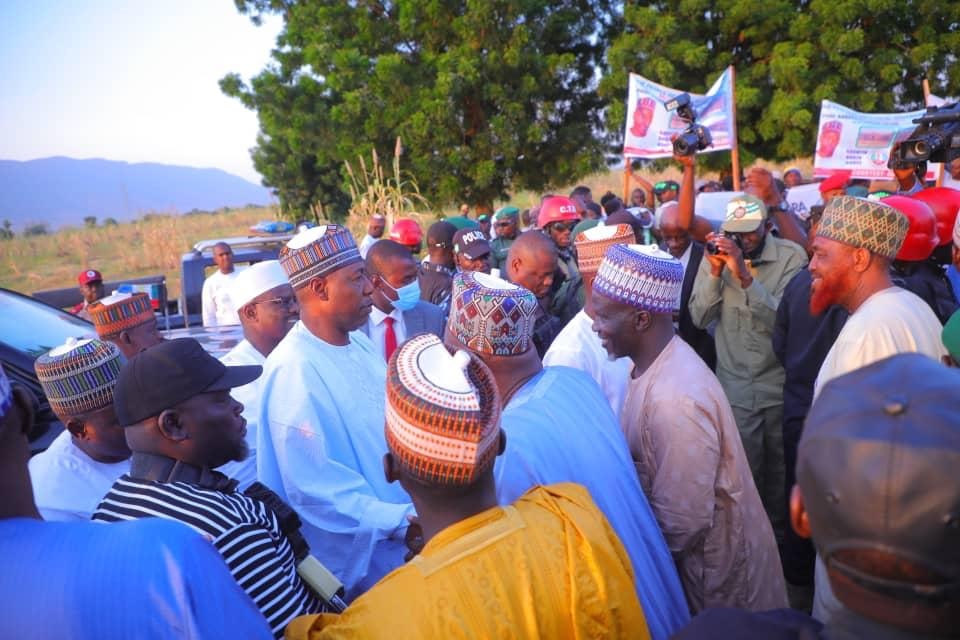 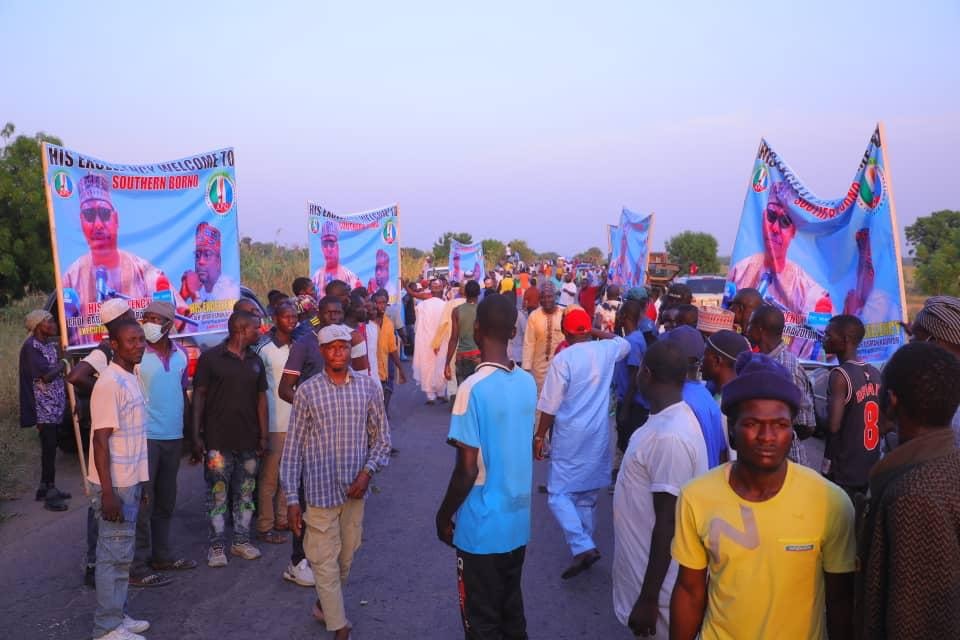 The Governor’s spokesman, Malam Isa Gusau, said Zulum will be commissioning 23 out of many other projects executed by the administration across southern Borno.

Gusau explained that the 23 projects include 13 newly established and rehabilitated secondary and primary schools; six primary healthcare centres and three municipal buildings comprising two police stations and a government lodge as well as a shopping complex.

The statement explained that the 23 projects are sited in villages and towns of Hawul, Shani, Bayo and Kwaya Kusar Local Government Areas in southern Borno.

The Governor is expected to inspect palaces completed and allocated to some district and ward heads.

Zulum will also interact with heads of military and volunteer formations as part of his usual approach to identify immediate needs and strengthen security measures in communities of Southern Borno.