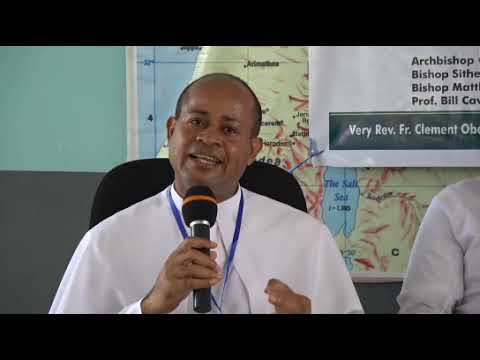 Rather it promotes it for a better understanding of the society.

Ikpenwa on Thursday in Enugu said that the church engages sometimes in cultural activities as a way to promote Nigerian culture among the youths and let them know that the church is not against it.

He noted that the school would be organising a cultural festival on Nov. 26 to showcase the cultural heritage of different people in Nigeria.

Ikpenwa regretted that youths allowed westernisation to influence them against their own culture but urged them to uphold those cultural values Africans are known for.

“The knowledge of our culture makes us to be our brother’s keeper, protecting one another and ensuring sacredness of lives as well as respect for elders.

“We expect the youths to come and to experience our attitude to culture on Nov. 26,” Ikpenwa said.

According to him, the church is only against what is bad in our culture such as idol worshiping, human sacrifices and other harmful traditional practices, adding that the message of Christ takes root in all culture.

The clergyman noted that people of various races are already practising their culture before the church came to transform it for better.

“As we know that Christianity started with Israel (Jews), then, to Rome, Roman culture accepted church and transformed their culture by removing everything that is bad in it.

“It came to Africa and tried also to transform African culture but people misunderstood it thinking it came to do away with it.

“Church transforms culture by making the gospel of Christ rooted in it and that is why we are organising cultural activities to tell our people that we are not against it,” he said.

Ikpenwa added that the festival would last for three days with a symposium, drama, dance and proverbs that depict Nigerian culture.

“Here, we train Catholic priests and if they understand the culture of the people they are posted to, they would teach them good aspects of our culture.

“It is not only in Africa that we have evil culture, Romans have culture whereby people were being sacrificed to their idols and gods but when Christianity came, they stopped it,” he said.