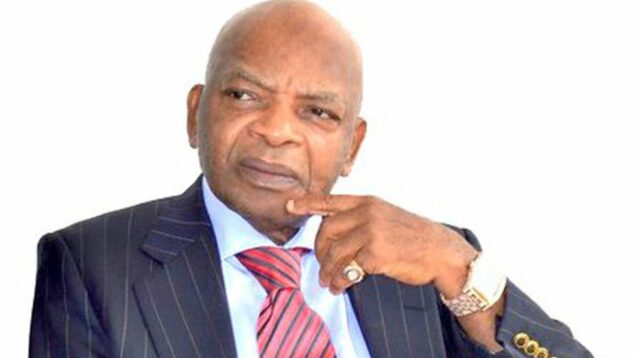 The Chief Whip of the Senate, Sen. Orji Kalu, has congratulated the founder and Chairman of Atlas Oranto Petroleum Ltd, Chief Arthur Eze on his 73rd birthday.

Kalu, in a congratulatory message on Thursday in Abuja, described the celebrant as a rare gem with passion for humanity.

The former governor of Abia, acknowledged the invaluable contributions of the philanthropist to the growth and development of Nigeria, adding that Eze had sustained his goodwill and pedigree in view of his humility, patriotism and large heart.

While calling on the oil mogul to sustain his personal attributes, Kalu urged well-meaning Nigerians to emulate the philanthropic gesture of the celebrant.

“On behalf of the people of Abia North, I felicitate with the founder and Chairman of Atlas Oranto Petroleum Ltd, Arthur Eze on the occasion of his 73rd birthday.

“Eze is a prominent Nigerian whose contributions to the social, economic and political development of the country are enormous, remarkable and worthy of emulation.

“The celebrant has carved a niche for himself in business, leadership, philanthropy and other aspects of life.

“He is a rallying point for his contemporaries and the younger generation, many of whom are his mentees in various endeavours,” he said.

He added: “The oil mogul has built a good name beyond the shores of Nigeria. He is well known and respected across the globe for his passion and commitment to humanity.

“The philanthropist deserves to be celebrated for his giant strides in all spheres of life.”

Kalu while praying for longer life for the celebrant in the service of mankind, wished him a fulfilling birthday celebration.