Tony Uranta's wife breaks silence: 'My husband was a warrior' 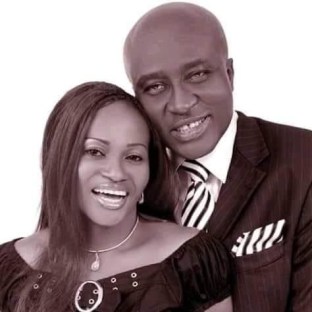 Baarong stated this on Thursday in an interview with the News Agency of Nigeria (NAN) at their residence in Lagos.

Uranta, 67, died on Wednesday at the University of Lagos Teaching Hospital (LUTH).

The widow said that her husband fought for a great cause to the very end.

Baarong said: “My husband was a man who did not live for himself but for everyone. He lived for the downtrodden and the underdogs.

“He was a voice to those who never had one and those who could not fight for themselves.”

The widow added that her husband was always imagining a restructured Nigeria even on his sick bed.

“He was always imagining how to advance the cause of one Nigeria.

“He was always thinking of developments in Niger Delta, Western Nigeria, the Middle Belt, South South, and the Northern Nigeria, ” she said.

The widow said that her husband was a change agent who lived for everyone until his death, adding that she would miss his calling her “Honeybee.”

She encouraged Nigerians to continue the fight and struggle for one Nigeria.

“My husband has dropped the baton and l urge others to continue where he stopped and we must reach the finish line,” she said.

Also, Miss Amy-Adonai Tony-Uranta, daughter of the deceased, expressed sadness at the passing of her father.

She described the late human rights activist as a Lion who never spared the rod.

“He was a strict father, a Lion to be precise. A disciplinarian but also a gentle person.

“He would be greatly missed by all,” she said