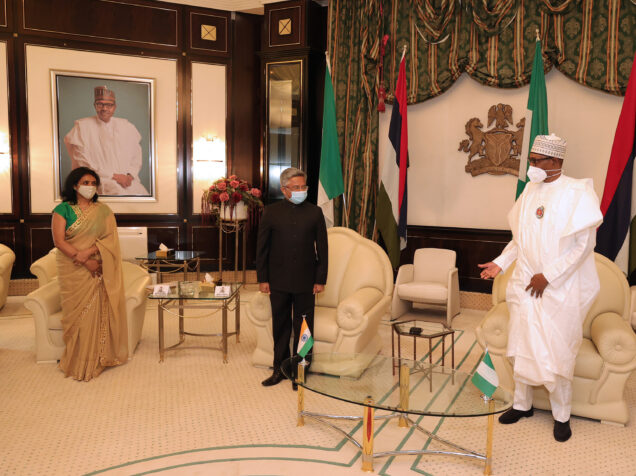 The President recalled his days in the military, when he had Staff College training in Wellington, India, before attending the War College in the United States of America.

He wished the outgoing High Commissioner well, as he assumes higher responsibilities in the Foreign Affairs Ministry of his country.

High Commissioner Thakur, who spent three years in Nigeria, said he was glad that the relationship between the two countries was strengthened during the period, and there was vibrant cooperation on many fronts.

Also receiving Dr. Stefano Pontesilli, the Ambassador of Italy, President Buhari said having spent nine years in all, in two different capacities in Nigeria, “you know our country very well.”

He wished him a successful tour of duty at his next posting, which is Guinea-Conakry.

Dr. Pontesilli was first Consul-General for his country in Lagos for four-and-a-half years, and later Ambassador for the same length of time.

He said he was leaving “with part of my heart in Nigeria, as our two countries collaborated in many areas during my time here.”