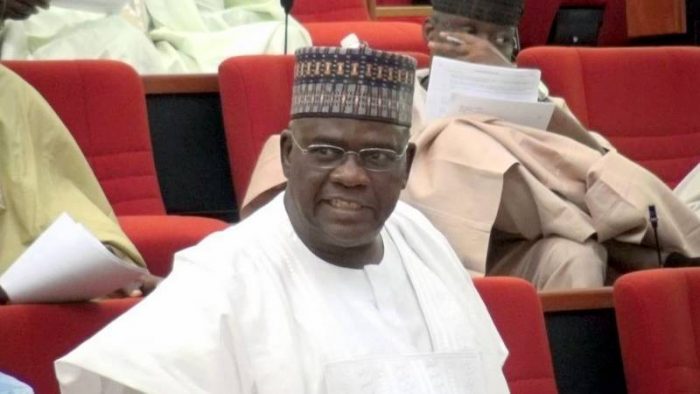 The All Progressives Congress (APC) has described the report of mass resignation of its ward executives in Yamaltu/Deba Local Government Area LGA of Gombe State in solidarity with Sen. Danjuma Goje was false.

Goje, a former governor has been in battle with the incumbent governor of the state, Yahaya Inuwa over the control of the APC structure in Gombe ahead of the 2023 election.

A story which was widely spread on the social media had indicated that over 80 per cent of APC ward executives in Yamaltu/Deba LGA have resigned their positions in solidarity with Sen. Danjuma Goje.

But Mr Moses Kyari, the APC publicity secretary in Gombe described the report as the handiwork of enemies of the party at a press conference on Thursday.

He added that a committee would be set up to investigate the source of the story which he described as dangerous dangerous and malicious.

Kyari said that the report alleging that all the executives in the 11 wards of Yamaltu/Deba LGA have resigned their positions in solidarity with Sen. Danjuma Goje was false.

“This is not true, it is a lie from the pit of hell and as you can see the people concerned have addressed a news conference.

“The people that were allegedly said to have resigned have come to debunk that and to tell the true story of what really transpired.

The publicity secretary described the report as the handiwork of enemies of the party in the state adding that a committee would be set up to investigate the source of the story.

“We shall take punitive actions by going to court to ensure that the people involved are brought to book,” he said.

Kure stated that the fake news was the handiwork some desperate elements in the state politics.

“That is very bad; we expect all citizens to support the government of Gov Inuwa Yahaya who is driving the state to greater heights.

“Up till this moment that I am addressing you, none of the executives has officially inform me or the party, that he has re-signed his position.

“Rather we have sat with all of them and they confirmed that they remain in their respective positions.

The council chairman said the entire members of the APC in Yamaltu/Deba were still holding on to their positions.