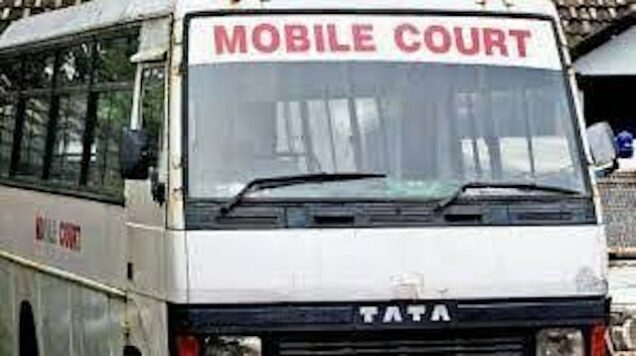 The judge sentenced them to between six weeks and six months imprisonment each with an option of a fine of between N5,000 and N50,000.

The prosecutor and also a chief environment officer in the state, Mr Abubakar Mohammed, had earlier told the court that the suspects were transacting their private businesses while the sanitation exercise was in progress.

Mohammed said that the offences violated Section 9(2) of the State Environmental Sanitation Law.

He, therefore, urged the court to sanction the culprits accordingly to serve as deterrent to others.

Meanwhile, Mr Aliyu Agwai, the Permanent Secretary, Nasarawa State Ministry of Environment and Natural Resources, had decried the practice of open defecation in an old store on Doma road in Lafia.

Agwai decried this during the inspection of the November sanitation exercise and threatened to sanction those caught in the act.

He said it was unfortunate that some people still defecated openly in spite of the directive by President Muhammadu Buhari.

Buhari had on November 2019 signed the Executive Order 009 to end open defecation by 2025 in the country.

Agwai said that the ministry would evacuate refuse in the area daily to guard against outbreak of cholera in the state.

“The ministry has 64 refuse collection points in Lafia alone where its personnel evacuate refuse daily.

“Residents should patronise private refuse evacuation companies or dump their refuse at the collection points,” he said.

On the general assessment of the November sanitation exercise, Agwai commended the residents for their compliance.

He advised the residents to sustain their compliance every month end as well as continue to maintain personal and public hygiene to guard against outbreaks of diseases.