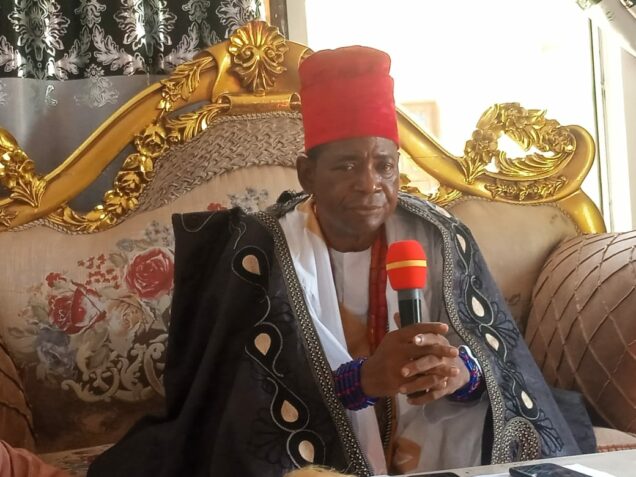 The Attah of Igala land, HRM Mathew Opaluwa has called on Nigerians to take covid-19 vaccines and ignore conspiracies around the vaccines.

Opaluwa said this when Challenge Parenthood Initiative, (CPI) a non-governmental organization paid him an advocacy visit in his palace in Idah.

According to the monarch, there is too much negative information about vaccines.

He called on the government and other key stakeholders should work hard to change these myths.

Opaluwa also warned that the distribution of the vaccine should not be hijacked by fraudulent individuals who intend to sabotage government efforts at curtailing the pandemic by administering a fake vaccine.

“Let us get the original vaccine and put an end to this deadline pandemic,” he said.

He also promised to mobilize his people towards the successful uptake of the vaccine in Igala land.

Previously, the Executive Director of CPI, Eunice Abimbola Agbogun congratulated HRM Mather Opaluwa for his installation as the new Attah of Igala. She said under the new Attah’s reign, Kogi became an oil-producing state.

She added that under the new monarch Idah Nsuka road rehabilitation was awarded by the Federal Government as Igala nation has witnessed relative peace, development, and productivity.

The executive director said their visit was also an advocacy one for the Covid-19 vaccine.