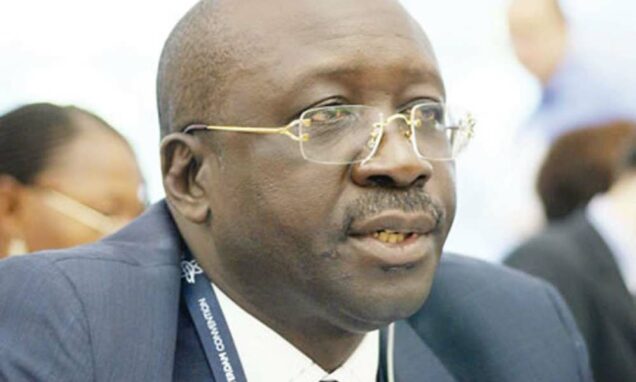 The in-coming National Chairman, Peoples Democratic Party, PDP, Dr. Iyorchia Ayu, has cleared the air on the rumoured probe of the past administrations of the party.

Prince Uche Secondus was the last elected chairman of the party and left in acrimony.

A statement from Dr. Iyorchia Ayu Media Office, Abuja, on Saturday explained that it had become necessary to properly situate the statements credited to the in-coming National chairman within a factual context.

The statement insisted that a miscommunication was being propagated.

The statement reads, “The attention of the Media Office of the incoming National Chairman of the PDP, Dr. Iyorchia Ayu, has been drawn to numerous headlines in the dailies.

“They reported Dr. Ayu as saying the incoming National Working Committee (NWC) of the party will probe past administrations of the party.

“Ayu maintains what he said during the presentation of the communique to the media that: ‘He has not seen the books of the party or received any handover notes, and so cannot make any authoritative comment on any allegations’.

“The general public should ignore any reports to the contrary”, the statement concluded.