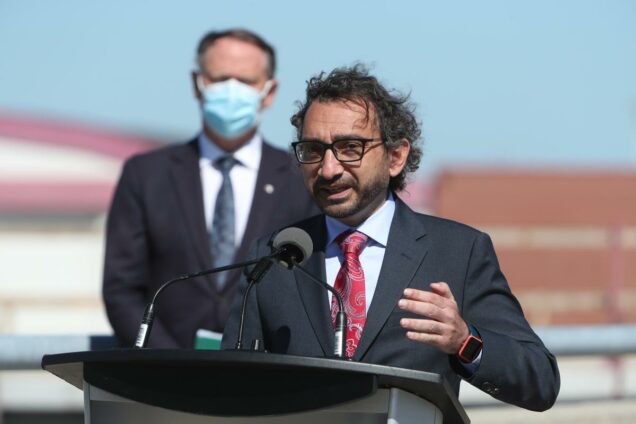 The Canadian government has announced that it will limit travel to South Africa, and its neighbouring countries, which has reported cases of a new COVID-19 variant.

As of November 26, all foreign nationals who have travelled through the seven affected countries in the last 14 days will not be allowed to enter Canada.

Canadian citizens and permanent residents will be allowed to return home, but they will have to fly home indirectly, passing through a third country where they will also need to take a molecular COVID-19 test.

According to Canada’s health minister, Jean-Yves Duclos, people already in Canada who travelled in the region over the past two weeks should get a COVID-19 test and stay in isolation until they receive a negative test result.

Transport Minister Omar Alghabra said the new measures will be in effect until at least Jan. 31, 2022.

The announcement comes after the World Health Organization (WHO) dubbed the new COVID-19 strain, also known as Omicron or B.1.1.529, as a variant of concern. So far, the Omicron variant has been detected in South Africa, Botswana, as well as in Israel, Belgium, and Hong Kong. It has not been found in Canada, according to Chief Public Health Officer, Theresa Tam.

The transport minister encouraged Canadians who are unable to get home due to the restrictions to contact the emergency watch centre.