Tinubu told me he wants to be president in 2023 - Yakasai 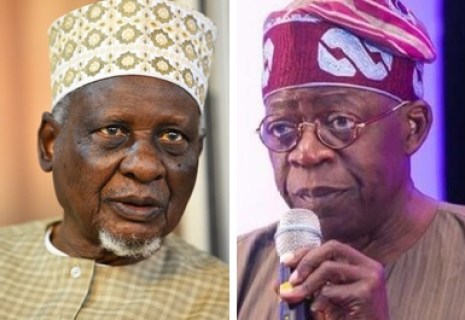 Alhaji Tanko Yakasai, a founding member of the Arewa Consultative Forum has said the National leader of the All Progressives Congress, APC, Asiwaju Bola Tinubu told him he wants to be president of Nigeria in 2023.

Tinubu had visited Yakasai last Wednesday in his Abuja home.

He said had no plan to join the APC, but that he would support Tinubu’s presidential ambition.

According to him, Tinubu came to visit him for his ambition, ut said he had two people he wanted to support support for the presidency.

Yakasai said he has vowed that any of them who came to ask for his support first would be the one he would support.

“Tinubu is the first person. Tinubu did and he asked for my support,” he said.

In recent times, several people have been drumming support for Tinubu’s presidential ambition, even though he had not declared his intention to vie for the illustrious office yet.