’Uzodimma is a liar, Okorocha not sponsoring insecurity in Imo’ 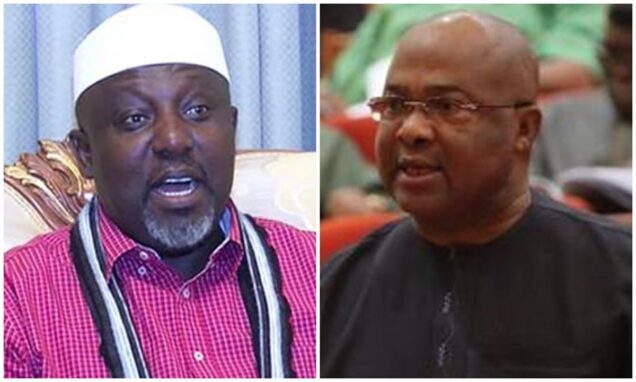 Former Governor of Imo State, Rochas Okorocha has branded incumbent governor, Hope Uzodimma a liar for accusing him of sponsoring insecurity in the state.

Okorocha’s media aide, Sam Onwuemeodo, in a statement on Saturday rubbished Uzodimma’s claim that the former governor was sponsoring insecurity in the state.

Onwuemeodo urged the Imo governor to see every Imo man and woman as a stakeholder in the Imo project and carry everybody along to see how best, to bring out the long known peaceful State from the current quagmire.

“This is not what Imo was known for. And all hands must be on deck, to get the problem solved. It does not require muscle-flexing. Or push me, I push you,” he said.

Onwuemeodo called on the Inspector-General of Police and other concerned security agencies to investigate the Imo governor’s accusation against Okorocha, with the aim of finding out the truth or otherwise of this costly accusation.

He said the outcome of their findings should be made public, in due course.