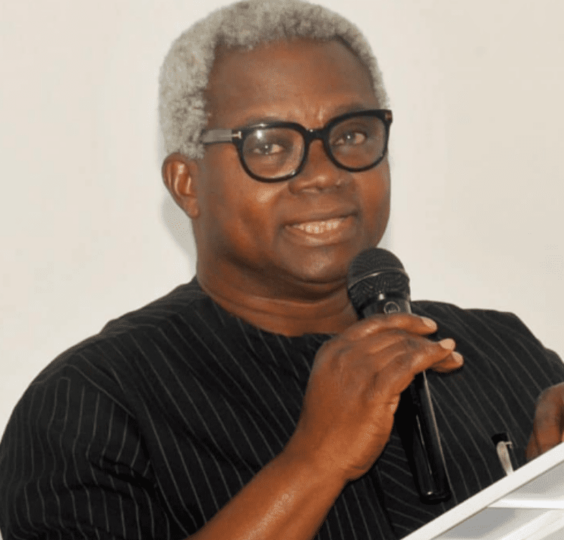 A chieftain of All Progressives Congress, APC and the Director General of Voice of Nigeria, Osita Okechukwu, has faulted claim by the opposition Peoples Democratic Party (PDP) that it will plans to rescue Nigeria from the ruling party.

He said that going by the antecedents of the PDP, it cannot be trusted to rescue Nigeria .

“How can Nigerians trust our sister political party, the PDP, given their antecedents riddled with trust deficit? We know that times are hard; methinks it’s better to allow APC to fix Nigeria. Where do one start from?,” Okechukwu said.

He added: “Let’s start from PDP-In-house, by listening to Dr Okwesilieze Nwodo; “I handed over N11 billion in fixed deposit and N800 million in current account when I left as national chairman after seven months. I don’t see what was done with that money.

“Millions were raised to finish our national headquarters; we don’t seem to have a trace of where all that money went. Our headquarters is yet to be completed. Today we don’t even have a party account. We have to get back to strict monitoring of our party accounts.

“Our internal audit department needs to be strengthened and supported by the party leadership. Very strict sanctions must be imposed on the mismanagement of party funds.

“I suggest that we include inviting the Economic and Financial Crimes Commission, EFCC to probe erring officers and members and prosecution of those found culpable. This is the only way to create a deterrent,” Nwodo stated in his presentation.”

Going further Okechukwu recalled how Kassim Afegbua alerted the EFCC of the monumental corruption in PDP.

He said that PDP’s planlessness and squander mania were uncountable.

“Can we forget the squandermania of 23 billion dollars Greenfield Refineries – one meant for Lagos, one for KOGI and one for Bayelsa? A golden opportunity cost to our economy.

“Recall that on March 19, 2015, Conference of Nigerian Political Parties (CNPP) queried Dr Ngozi Okonjo Iweala, then Minister of Finance thus, “May we under the Freedom of Information Act 2011, request for the full disclosure of transactions concerning the three Greenfield refineries and petrochemical plant contract awarded on May 13, 2010 by

“The Greenfield Refineries fiasco happened when our Excess Crude Account had over 40 billion dollars the China State Construction Corporation even upped their equity to 80 per cent. The unfortunate outcome is that 15 billion dollars is fleeced off our national treasury annually for the importation of refined petroleum products for over a decade.”

Asked why APC didn’t embark on the Greenfield Refinery in the last six years, Okechukwu answered that from all indications the company was frustrated by the PDP and we were excited by Dangote Refinery.(NAN)