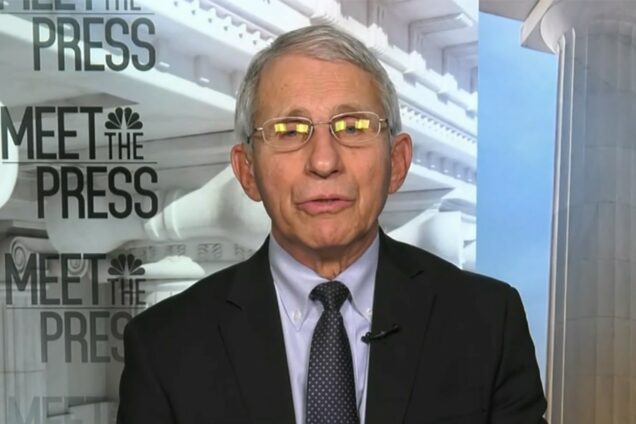 The White House chief medical adviser, Dr. Anthony Fauci on Sunday warned that the new Omicron variant is “troublesome” because it contains mutations that could evade immunity from past infections and vaccines.

He said several concerning mutations have been identified in the variant, which was announced in South Africa by scientists.

“Right now, what we have is we have the window into the mutations that are in this new variant.

“And they are troublesome in the fact that there are about 32 or more variants in that very important spike protein of the virus, which is the business end of the virus,” Fauci told NBC anchor Chuck Todd on “Meet the Press.”

Fauci explained that “the profile of the mutations strongly suggests that it’s going to have an advantage in transmissibility.

“And that it might evade immune protection that you would get, for example, from the monoclonal antibody or from the convalescent serum after a person’s been infected and possibly even against some of the vaccine-induced antibodies,” he said.

“So it’s not necessarily that that’s going to happen, but it’s a strong indication that we really need to be prepared for that.”

Fauci said another concern is the explosion of new cases in South Africa, which had previously had a “low level of infection” before scientists detected Omicron there.

“So it clearly is giving an indication that it has the capability of transmitting rapidly. That’s the thing that’s causing us now to be concerned but also to put the pressure on ourselves now to do something about our preparation for this,” he said.

Fauci urged Americans to be prepared to fight the spread of the new COVID-19 variant Omicron.

But he added that it is too soon to say what actions are needed, including possible mandates or lockdowns, Fauci told ABC News.

“You want to be prepared to do anything and everything,” he added.

Fauci, in the NBC News interview on Saturday, said it was possible that Omicron is already in the United States, although no official case has been confirmed.