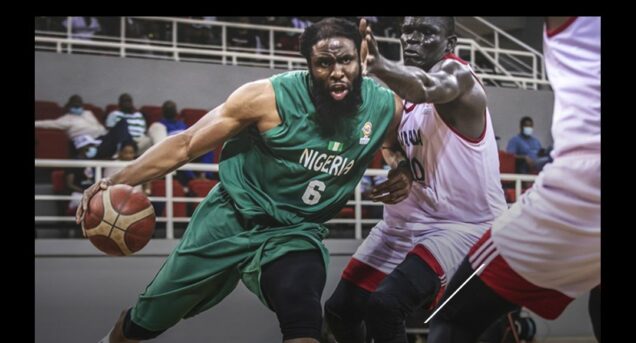 Nigeria’s D’Tigers on Sunday beat Uganda 95-69 to lead in the first round in Group A of the African Qualifiers for the 2023 FIBA Basketball World Cup.

The Nigerian team, after their opening 71-79 loss to Cape Verde on Friday when the window one of matches began, went on to beat Mali 72-70 on Saturday.

The resurgence saw them taking control of the group on Sunday with an overwhelming defeat of the East Africans.

The FIBA world-ranked 23 team took the game by the cuff from the jump-ball at the City Arena in the Angolan city of Benguela by winning the first quarter 25-18.

The second quarter was almost a replica of the first, with a 28-19 win, while D’Tigers strolled through the third quarter 14-8.

The fourth quarter saw the Ugandans fighting back harder in order to restore some prestige, but the Nigerian side were unstoppable for them as they won 28-24.

The Qualifiers run from November 2021 to February 2023, with five African national teams earning a spot in the FIBA Basketball World Cup 2023.

The second window of the first round of qualifiers will open in February.