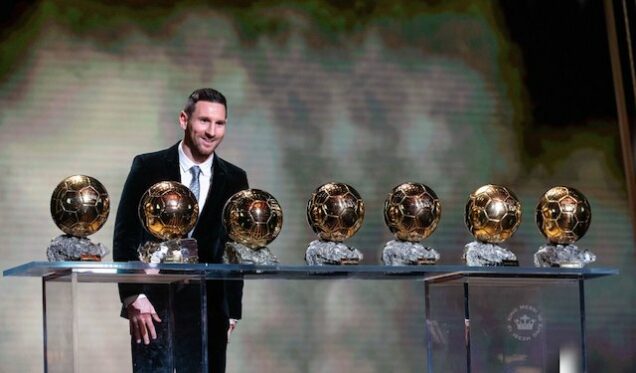 Italian journalist Matteo Moretto said in a tweet that Messi has been informed of his victory by the award organiser, France Football.

Moretto tweeted: “Messi, his friends already know,” in response to fan suggesting France Football have misled people about the winner of the Ballon d’Or.

Each year editor-in-chief Pascal Ferré calls up the winner or their agent to inform them of their victory so they know how the ceremony will work.

Messi, 34, already holds the record for most Ballon d’Or titles with six, and victory this year would put him two ahead of Cristiano Ronaldo.

Rumours hinted at a new name on the trophy in 2021, with Bayern Munich star Robert Lewandowski a heavy favourite.

Even though Lewandowski had scored 64 goals in 2021, Messi had garnered more achievements.

He was the top scorer in La Liga, for which he received the Pichichi trophy today.

He also won the Copa del Rey and Copa América, his lifelong ambition.

On top of it all, he was voted Copa América best player.