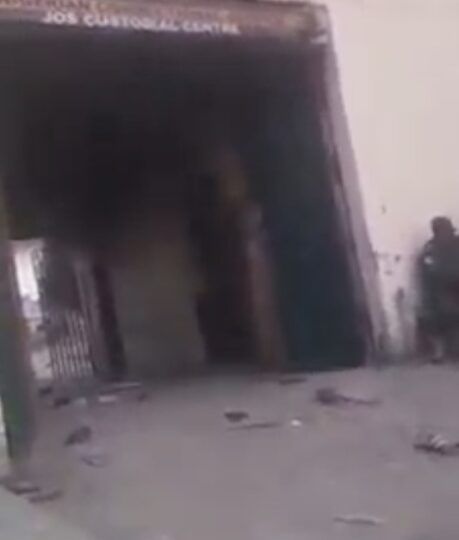 The Plateau Command of the Nigerian Correctional Service (NCoS) has said it is conducting a headcount to ascertain the number of inmates that have escaped from the Jos Custodial centre.

The headcount followed an attack on the facility by gunmen on Sunday.

ASC Geofrey Longdiem, the Public Relations Officer (PRO) of the command, disclosed this to the News Agency of Nigeria (NAN) on Monday in Jos.

Gunmen invaded the prison on Sunday evening but were vehemently resisted by the armed personnel of combined security agencies in the state.

Some of the inmates however escaped from the facility during the attack.

The Police Command in the state said it arrested eight of the escaped inmates and promised to arrest all others who are still at large.

Longdiem said that the headcount would enable the NCoS to have an accurate number of inmates that have escaped from the facility.

“We are currently doing a headcount of the inmates.This exercise will enable us know how many inmates have escaped,”he said.

There was heavy presence of armed security personnel around the correctional center.

Residents of the city are going about their normal businesses.

Those who reside around the facility are apprehensive about the situation.