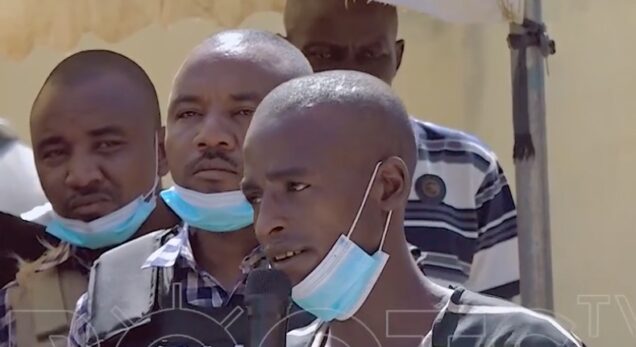 Police on Tuesday said they have arrested a suspect for allegedly serving as “errand boy” to some bandits in the Northeast and North-Central parts of the country.

He said the suspect, called Mohammed Abdullahi Dayabu, was arrested on 10 Nov. in Saminaka in Kaduna State while conveying 250 rounds of live ammunition and five AK 47 magazines to some bandits in Niger State.

“The suspect works with some bandits and his task is to ferry weapons from suppliers to the bandits.

“He operates with a Volkswagen Golf 3 Salon car, bought for him by one of the bandits with an agreement that he will take ownership of the car upon delivery for weapons five times,” he said.

Mba said efforts were being intensified by operatives to arrest all suspects in connection with the deal.

He said six suspected members of a car robbery gang had also, been arrested by operatives of the Police Special Tactical Squad (STS).

According to him, the suspects work in a coordinated manner, steal cars from different parts of Nigeria and smuggle them to the Niger Republic.

He said the gang has a standby buyer in Niger Republic who works on the cars, if necessary and maintain them for more economic value before sending them back to Nigeria for sale.

He added that the car buyer in Niger Republic is also, a dealer in weapons and so, pay for the cars either in cash or exchange them with weapons.

According to him, the Nigeria Police is working with the INTERPOL to ensure the arrest of the suspect in the Niger Republic.

He said the suspects were among the 32 suspects arrested by the police over banditry, homicide, unlawful possession of weapons, trafficking in drugs and other heinous crimes.

Mba added that other items recovered from the suspects were 17 vehicles of different types and a total of 453 rounds of live ammunition.