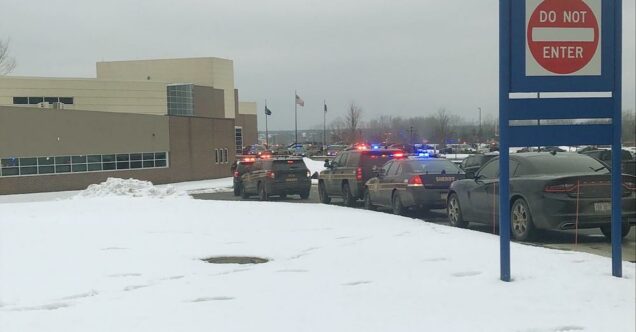 Three students were killed and six injured in a shooting at Oxford High School in Oxford, Michigan, on Tuesday, authorities said.

A teacher was among the injured.

The conditions of the injured were not immediately clear.

The suspected shooter, a 15-year-old male student, was taken into custody within five minutes.

A handgun has been confiscated, the Oakland County Sheriff’s Office said.

Authorities said they believe he acted alone. The teen has not mentioned a motive.

There are reportedly about 1,500 students enrolled at the school 45 miles north of Detroit.