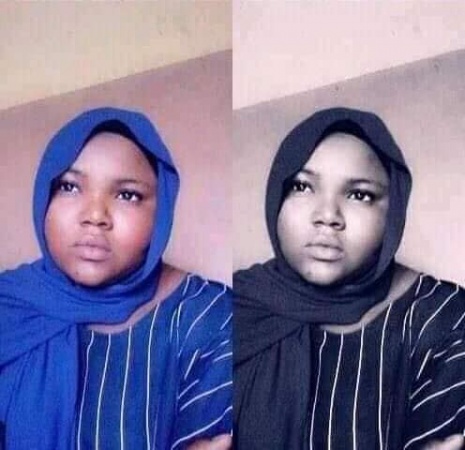 It was a moment of eerie shock and tears for some residents of Kano on Sunday morning, as 28-year-old Hanatu Yahaya who died a few hours after her wedding was laid to rest.

Hanatu who have been complaining of stomach pains got married to Isyaka Yusuf at Bulama mosque in Kano on Saturday.

She was about to be led to the residence of her husband when she suddenly gave up the ghost, according to Daily Trust.

Brother to the deceased, Ayyuba Yahaya, said she had no history of any illness until a couple of weeks ago.

“I am the elder brother of Hannatu. She just had two weeks brief illness before her wedding but she was fine even on that day. It is just the will of God; and we’ve taken it that way, although it’s devastating and shocking,” he said.

Accepting the tragic news, her father, Mallam Yahaya Abagah, prayed for her soul while submitting it to her creator.

“God loves her more than we do. He is the one who gave us Hannatu, and he has called her back. There’s nothing we can do than to pray for her and move on. It was just a brief one; she developed stomach ache two weeks ago. It usually go and come back, at times, when it rises, her stomach get to the level of swelling up.

“We were unable to identify and confirm what exactly was wrong until her death. Tests said it was ulcer while another said it was typhoid. The illness came back while she was about to be taken to her husband’s house.”

Efforts to get the groom, for his reaction proved abortive as he declined comments.

She was buried on Sunday morning according to Islamic rites.