Xi promises 1B doses of COVID vaccine, $10B investment for Africa 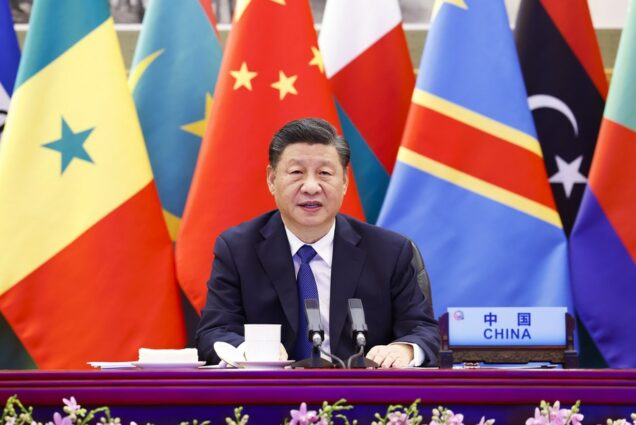 China’s President Xi Jinping said his country will deliver another one billion doses of COVID-19 vaccines to Africa.

He will also encourage Chinese companies to invest no less than $10 billion in the continent over the next three years.

China has already supplied nearly 200 million doses to Africa, where vaccination rates have fallen behind amid growing concern over the spread of the new Omicron variant, first identified in southern Africa.

In a speech via video link at the opening of the Forum on China-Africa Cooperation, Xi said a China-Africa cross-border yuan centre would be set up to provide African financial institutions with a credit line of $10 billion, without giving further details.

China will provide $10 billion of trade finance to support African exports, create a zone for trade and economic cooperation and build a China-Africa industrial park, he said.

debt. Democratic Republic of Congo is currently reviewing a $6 billion deal with Chinese investors over concerns that it is not sufficiently beneficial to Congo.

The Belt and Road Initiative, in which Chinese institutions finance major infrastructure in mainly developing nations, has slowed: Chinese bank financing for infrastructure projects in Africa fell from $11 billion in 2017 to $3.3 billion in 2020, according to a report by international law firm Baker McKenzie.

U.S. Secretary of State Antony Blinken said during a four-nation tour of the region last week that Washington was pushing for cleaner deals without unsustainable debts.

China’s imports from Africa, one of its key sources of crude oil and minerals, will reach $300 billion in the next three years, Xi said, adding that the two sides would cooperate in areas such as health, digital innovation, trade promotion and green development.

Discussions at the World Trade Organisation on a temporary TRIPS waiver to make COVID-19 vaccines and treatments available to all needed to be finalised, he said.