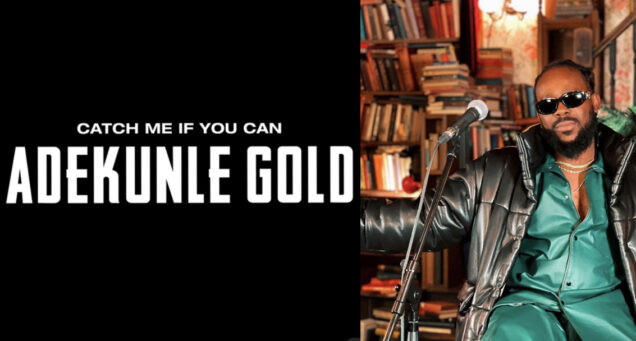 Nigerian high life and pop singer, Adekunle Gold has revealed the release date for his fourth album titled ‘Catch Me If You Can’.

In a social media post announcing the album, the Afropop star said it will be released on February 4, 2022.

This is coming after Gold spoke about his recent stage performances and forthcoming works in a personalised email to fans in September.

According to the singer, while on his musical tour, he had battled stage freight and low concert turnouts.

“I remember in 2016 the turnout of some of these cities was super low. I remember how some of my performances were lackluster,” Adekunle Gold had said.

Adekunle Gold gained popularity after putting out ‘Sade’, the 2015 hit single which is a highlife cover of One Direction’s ‘Story of My Life’.