Chelsea hold on to top position after downing Watford 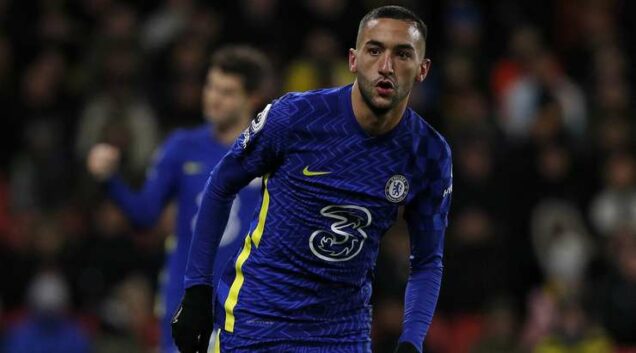 Chelsea held on to the top position in the English Premier League after beating Watford 2-1 on Wednesday.

It was a night in which the first three top contenders, Chelsea, Manchester City and Liverpool won their games.

Chelsea, playing away from home opened scoring on 29 minutes through Mason Mount.

Mount latched on to a precise pass deep inside the box from Kai Havertz, and he beat the goalkeeper with a low accurate shot into the bottom left corner.

Emmanuel Dennis drew Watford level on 43 minutes, after Moussa Sissoko played the ball to him whose deflected shot from inside the box went past the helpless Edouard Mendy.

Hakim Ziyech (Chelsea) shows good awareness inside the box as he latches on to a brilliant pass and fires a first-time shot into the roof of the net. Mason Mount assisted in the goal.

Hakim Ziyech won it for the visitors on 73 minutes. He showed good awareness inside the box as he latched on to a brilliant pass and fired a first-time shot into the roof of the net, with Mount providing the assist.