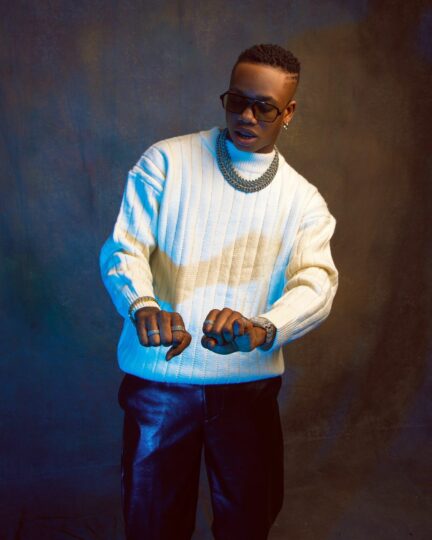 Miracle Chukwuebuka Nwaogu, popularly known as Mirrikle is a young purpose-driven artiste, singer, songwriter from Imo State. Described as one of the most creative artistes in the Nigerian music industry, Mirrikle started music when he was seven years old. In this interview, the rapper speaks about his humble beginning, challenges, and future projects as he releases his debut song titled “Flexin”.

How did you discover your music talent?

I discovered music when I was seven years old. As a young kid in the neighbourhood then, my friends and I would take turns to do what we called “show yourself” and whenever it got to my turn, I would always rap. I really loved rap, to me it was fun. But when some bros started showing me love, giving me money and saying that I have talent as a way of encouraging me, that’s when I started to think okay maybe I’m really good at this rap thing.

Who are the rappers that inspired you growing up?

I grew up listening to Lil Wayne, I love Lil Wayne so much, I think at some point I even had his swag. Then Rick Ross and Drake too.

Many of your colleagues started pursuing music from school. Is this the same with you and how did you manage that?

Definitely. I was in High School at Ibadan for six (6) years, I was lucky to have a principal who loved talents and encouraged us to find/know our talent. We also had a lot of events to help support us in showcasing our talent.

But you’re a singer now, so when did this switch happen?

I’m just going to say a shout-out to Wizkid, I love him so much, he came and really changed a lot for the industry, especially with taking the sound international. If you check many of the young guys now, he’s a big influence to them, and shoutout to D’Banj too. I remember listening to this DJ Xclusive song “Jeje” with Wizkid, I also listened to DJ Maphorisa/Wizkid which is probably why I love Amapiano so much. You see Afro sound is generally very playful, you can find Fuji, Jamaican style, Fela inside one song. And with that kind of sound, you can do anything, really. So rather than box myself, I decided that I’ll experiment.

Have you stopped rapping?

No! Or lemme say just not for commercial purposes. But you can actually sing rap, which is kind of what I do. Focusing on the singing was more like a smart strategy for me because I wanted to blow quick and from the look of things, rap was actually going to slow me down. I can’t even rap in Yoruba or Igbo so who was going to answer me with English rap. Only very few rappers are recognized, but the truth is rap can’t feed you in this country because it is not even properly appreciated yet.

Who are your music influences right now?

Popcaan, Wizkid, Fela, Lagbaja, King Sunny Ade. They’re legends, and listening to them I found out I could create my own kind of sound.

How would you describe your sound?

I call my sound Afro classic.

When did you start doing music professionally?

I want to say 2021 because it is the year that my official debut dropped but then again if I think about it, I started taking things seriously with my music the year that I dropped a record titled “She” (Shakara). That was 2018.

I was recording songs. I spent a lot of time first enjoying music – I listened to a lot of songs, and then I started recording my own songs. It was more or less a period of putting in the work, learning, understanding my sound and perfecting it, getting it ready for the audience.

Tell us about your debut single

Flexin’ dropped last month, and the song is typically what the title says. It is a very simple, catchy song that you can vibe to. It was actually a one-take freestyle. Shout out to MJ my producer, he arranged the song. You know sometimes a song is not only the beat, the arrangement too matters. A song can be sweet, and then it gets to a point where it just starts to dull, but a good arrangement in my opinion is what gives a song its replay value. And I intentionally made my song that way.

To be honest, I’m a guy with high expectations, but what I have seen so far has been very encouraging. Some new artistes don’t get to experience this at all, so I’m actually grateful that mine has been very fair and all good.

So what’s next after Flexin’?

I have another single ready to drop in about a month’s time, and then I’m working towards releasing an EP in the new year. Then there’s something that has been in the works, but I’m keeping to myself until when it’s time for the special announcement. You guys will just have to wait for that one.

Are you signed to a record label?

Ah not yet, but my hands are open for big deals and endorsements o.

What are some of the challenges you face as an indie artist?

I know some people will talk about funds, how hard it is to promote these days, people not believing in you and all that. But for me, I see those things as part of the process one must go through. So I wouldn’t say I’m facing any challenges, rather I’ll say I’m going through the process.

Lately, the industry has seen a lot of new acts emerge that are taking the spotlight. What plans do you have to ensure that you are also occupying?

By God’s grace, I am already occupying, but I think consistency is what sets us apart, and then originality too. I will focus on creating something new, bringing new vibes, and just generally looking for opportunities to do the things anybody in the industry hasn’t done before.

If you had the opportunity to collaborate with anyone, who would it be?

What are the top 5 songs on your playlist right now?

Number one is my song, Flexin’. Number two is Faster by LAX, then Uthando, it is a South African record. Also, Peru by Fireboy and Wizkid’s Anoti.

What would you consider your high point in your music career?

I feel like our music has become powerful enough to make the white people see us as gods, and I want to be a part of that in whatever way that I can. Just knowing that I contributed to a great cause like that, for me that’s a high point I would always be proud about. And also, a Grammy, obviously. That’s actually the biggest validation of talent and skill in music all over the world to date.

If you weren’t making music, what would you have been doing?