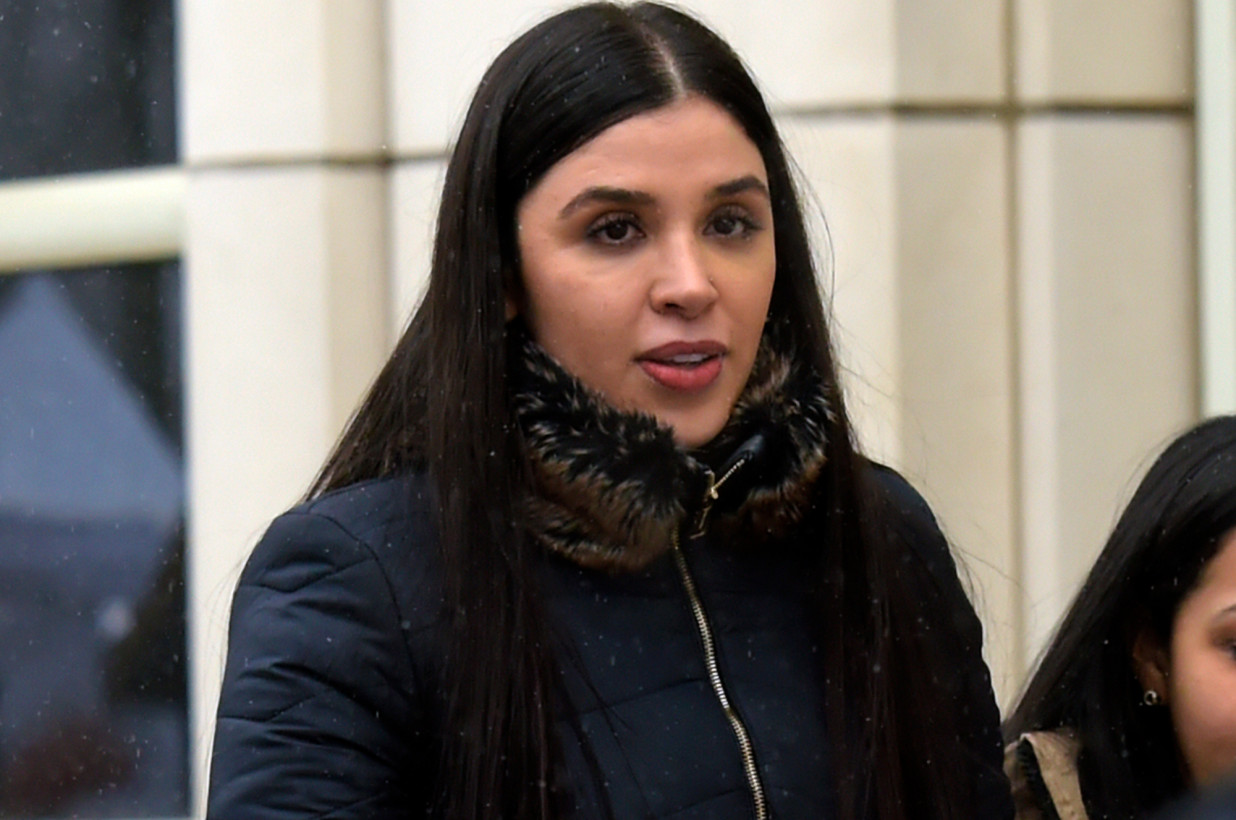 She was sentenced Tuesday to three years in prison after pleading guilty to helping her husband run his multibillion-dollar empire.

Coronel Aispuro was also accused of helping her husband plan a dramatic escape through a tunnel dug underneath a prison in Mexico in 2015 by smuggling a GPS watch to him disguised as a food item.

Prosecutors had asked for four years in prison during a hearing in federal court in Washington.

However, Judge Rudolph Contreras imposed a shorter term, saying her role was a small piece of a much larger organisation.

The charges include knowingly and wilfully conspiring to distribute heroin, cocaine, marijuana and methamphetamine for several years.

She also pleaded guilty to a money-laundering conspiracy charge and to engaging in transactions with a foreign narcotics trafficker.

The 31-year-old was arrested in February at Dulles International Airport in Virginia and has been in jail since then.

She also conspired to distribute large quantities of drugs, knowing they would be smuggled into the U.S.