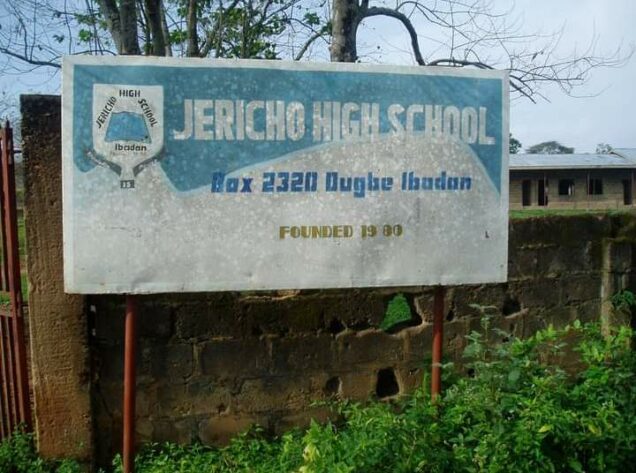 A female student of Jericho High School, Ibadan, has been suspended for assaulting a male peer and teachers

Oyo Commissioner for  Education, Rahman Abiodun Abdu-Raheem, made this known in a statement on Tuesday, in Ibadan.

Adbu-Raheem said that the suspended  student, in company of her mother, recently invaded the school with thugs and miscreants.

He alleged that they assaulted a male student, teachers and other parents during an ongoing PTA meeting.

“The mayhem was said to be ignited by the girl’s mother and other accomplices, thereby, causing tension in the school.

“The state government is taking further action, to serve as deterrent to other unguided parents and wards,” he said

He appealed for caution, emphasizing that the present government has zero tolerance for impunity, while charging students, parents and all stakeholders to take advantage of Gov. Seyi Makinde’s free qualitative education programs.

The show of shame at Jericho High School: