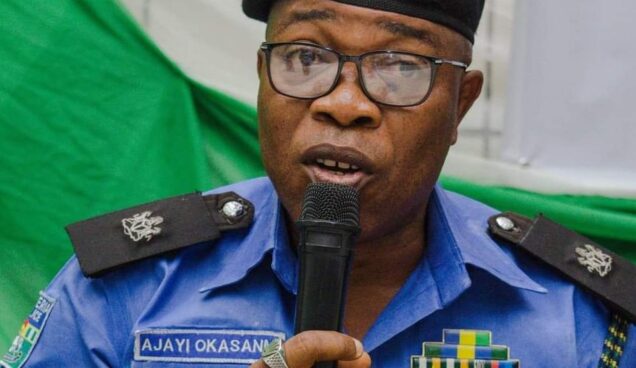 The police command in Kwara said there is no relocation of bandits or kidnappers to the state as claimed by Are Onakakanfo of Yoruba Land, Chief Gani Adams.

The Command Spokesman, SP. Okasanmi Ajayi made this known in a statement on Wednesday in Ilorin.

“This is a response to the anxiety and concern raised by the people of the state, as an aftermath of the alarming statement credited to one Chief Gani Adams sometimes last week.

“To the effect that kidnappers and bandits have finally relocated to Kwara, where specific mention of Kwara South was made.

“The state has succeeded in rescuing kidnapped victims and has arrested many kidnappers in the past.

“Therefore, the command will not relent in doing all that is necessary to sustain the peace and tranquillity in the state including, coopting the Fulani people and other ethnic groups in the vigilante service to enhance the security of our bushes,” Ajayi said.

He added: “Following the concerns raised by Adams, the state Commissioner of Police, Mr Tuesday Assayomo, has embarked on a tour of Kwara South to have first-hand information about the security situation in the area.

“After going round the zone, the Commissioner held meetings with security community both in Offa and Omu-Aran.

“The people were advised to join hands with the police and other security agencies in ensuring that the existing peace and harmony in the state is sustained.”

“The CP reiterated his determination to deal with criminals irrespective of names or groups they belong.

“While also accepting to work with any individual or group of people who are interested in collaborating with the police to fight crime.

“The CP expressed his displeasure over Adams’ statement which rather than encourage the people was seen to have heightened the anxiety of the people.

“There are better ways and channels by which sensitive information could be passed to relevant authorities if there was need for such.”

He said that the state was an integral part of Nigeria and as such, not completely immune from the security challenges bedevilling the country.

“The fact remains that Kwara is one of the most peaceful states in the country, where efforts by the people and the support by the government and other stakeholders have helped tremendously in sustaining and maintaining the fragile peace in the state.

“The people are therefore advised to go about their lawful businesses and make information available to the police at all times as part of their civic responsibility,” he said.