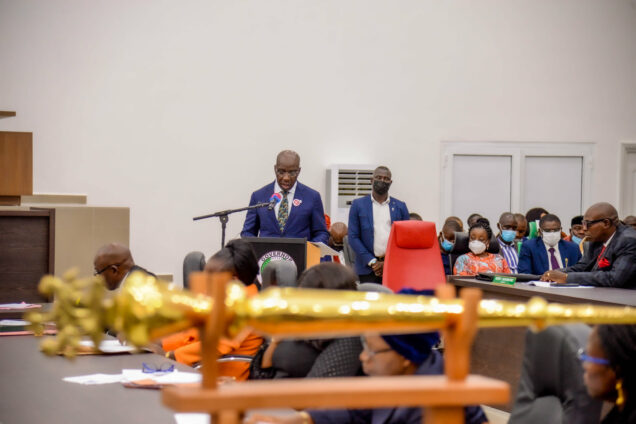 Edo State Governor, Godwin Obaseki, on Wednesday presented a budget proposal of N214.2 billion for the 2022 fiscal year to the State House of Assembly for consideration and approval.

Christened ‘Budget of Renewal, Hope and Growth, the budget which is made up of N118 billion capital expenditure and N95.9 billion recurrent expenditure, shows an increase of 32.9 percent over the 2021 approved budget of N161 billion.

According to him, “Recurrent estimates of the budget are based on $57 per barrel bench mark for crude oil and an average daily production of 1.88 million barrels per day as well as increase of our IGR to N50.2 billion

“The proposed capital and recurrent expenditures ratios is put at 55 percent to 45 percent respectively.