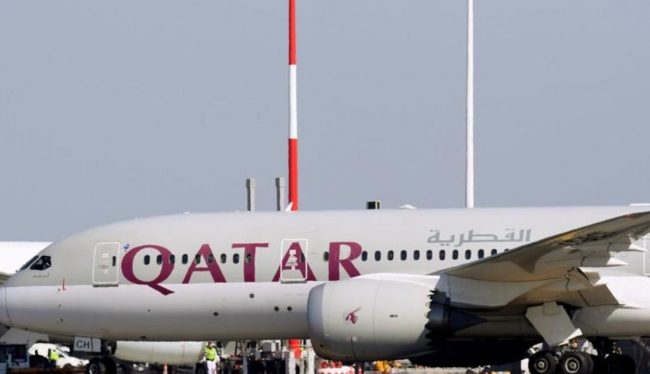 The Nigerian with Omicron arrived on Qatar Airways

A Nigerian who returned to Australia after spending six months is expected to be confirmed today as Australia’s seventh Omicron case.

The confirmation which will be made within hours comes as authorities issued an urgent warning for every passenger who was on board a Qatar Airways flight.

The flight – QR908 from Doha, which arrived in Sydney on Thursday – brought the man aged in his 40s home to Australia as well as a Central Coast woman who was earlier confirmed as infected with the Covid-19 super variant.

Authorities have confirmed the fully vaccinated man was infectious in the community – possibly for five or six days – and is expected to become the sixth official Omicron case in NSW and seventh in Australia.

The Cabramatta man from Sydney’s south-west had been living in Nigeria for six months before he returned home last Thursday, three days before NSW Health directed travellers from the region to go into isolation.

‘NSW Health can confirm initial testing strongly indicates another overseas traveller, who recently arrived in NSW from southern Africa, has been infected with the Omicron Covid-19 variant of concern,’ a statement read

All passengers were on flight QR908 from Doha to Sydney on November 25 are considered close contacts and have been ordered to get tested and immediately isolate for 14 days, regardless of their vaccination status.

It’s not yet known if the man had been infected on the aircraft or during his travels.

‘The gentleman has been in the community and NSW Health is currently interviewing him,’ he said.

‘The reason he was tested is he does have symptoms. But I understand at this point they’re mild symptoms.’

‘We’re hoping that stays the case. And I thank him for coming forward and being tested.’