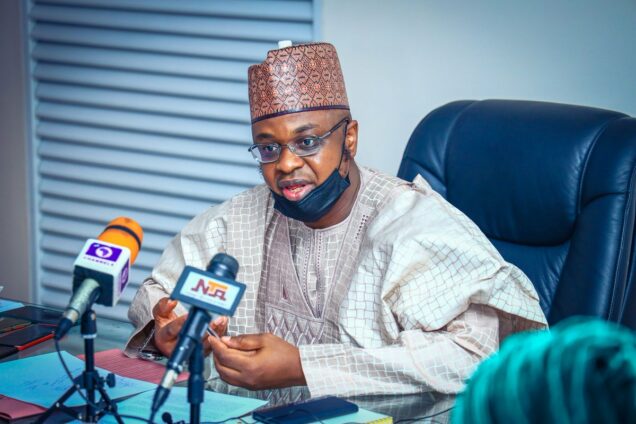 The Minister of Communications and Digital Economy, Prof. Isa Pantami has called for a global approach towards tackling cybercrime.

Pantami said this when he spoke at a forum of technology ministers at the future tech forum on “The future of the internet: Trends and Opportunities” in London.

Pantami said that the global approach was necessary as the need for datafication kept increasing among global economies.

He noted that the need for a daily increase in the collection of data would continue to rise at a significant pace.

Quoting from research from the dawn of civilisation to the early 2000s, the minister said that only five exabytes of data was collected.

“Again, research by the International Data Corporation indicated that in the next four years, 41.6 billion Internet of Things (IoT) devices could be connected and interconnected and these devices are expected to be generated around 79.6 billion petabytes of data.

The minister said going by those figures, datafication was on a significant rise and would continue to do so.

He stressed the need for government to prioritise on the protection and judicious use of data.

“Datafication is inevitable. Therefore, we must place the same importance on cybersecurity, especially considering that a new malware is released every 4.6 seconds globally to compromise the cyberspace and inevitably, generated data.

“There is a clear indication that in the wake of the pandemic, the rate of cybercrime increased significantly due to an increased online presence.

“It is, therefore, necessary to give the same emphasis, priority and preference to the issue of cyber security.

“With cloud computing and cloud devices, national or regional regulation of data could be less relevant because as obtains in many situations, data may not be domiciled within a sovereign nation therefore border restrictions do not apply and are not respected,’’ he said.