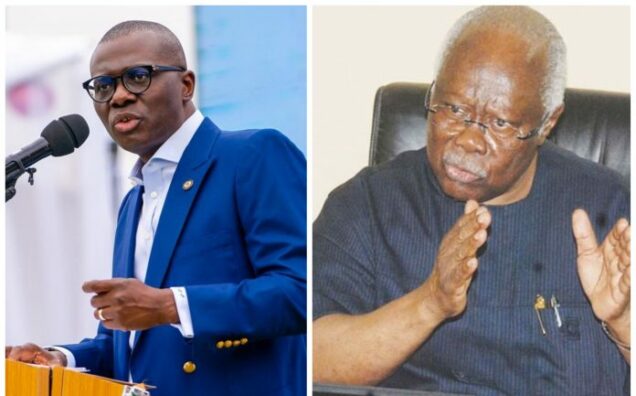 A chieftain of the Peoples Democratic Party, PDP, Chief Bode George on Wednesday said the Governor Babajide Sanwo-Olu’s White Paper on the report of EndSARS Panel is outlandish and insensitive.

He said the White Paper is “defeatist, insensitive, lacking the basic tenet of accountability and decency which ought to have guided such sensitive issue as the Lekki tragedy.”

George, in a statement, said the governor’s response was without justice or fairness.

“It is at best plastic and gestural, devoid of genuine human concern and sincere leadership.

“The Lagos State Government stands indicted for the unfortunate incident. Sanwo-Olu perhaps may be able to bring a decent closure to the blood of the innocent that yet cry for justice by apologizing to the families of the bereaved, pay them compensation and immediately scrap the two illegal toll gates and erect a monument in eternal remembrance of those who were cut down unjustly. Nothing else will suffice,” he said.

The government’s White Paper released on Tuesday rubbished the Judicial Panel of Inquiry into EndSARS protest of a massacre at the Lekki Tollgate.

The White Paper said there were lots of inconsistencies in the report and punctured its claim that nine people were killed by the army and the police during the protest at the Lekki Tollgate.