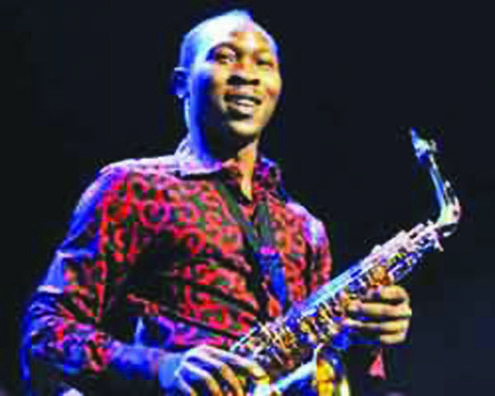 Rejecting the invitation just like other celebrities, the music star, during an interview on Channels Television on Tuesday, November 30, noted that he doesn’t need to walk next to the Governor before there is peace in the state.

Seun Kuti further stated that the first step in bringing peace in the state is to ensure justice for all victims of police brutality and human rights abuses.

The singer insisted that the governor must ensure justice is served for victims of police brutality before peace walk.

“I want peace after justice,” he said on Channels Television’s ‘Politics Today’ programme monitored by The PUNCH.

“I don’t need to walk next to the governor before there is peace in Lagos; there has been peace in Lagos before many years and nobody have to walk anywhere for it.

“If there is justice, then we can discuss peace. In fact, there will be no need to walk for peace because justice itself is the walk of peace. The governor should walk the walk he is talking about by giving us justice.”

The Governor had invited EndSARS front runners in a speech on Tuesday ahead of the release of the white paper on the report #EndSARS panel which also probe alleged Lekki shootings of October 20, 2020.

The governor said, “In December, I will be leading A WALK FOR PEACE to herald the healing of our land. Let me use this occasion to extend an open invitation to our youths, members of the diplomatic corps, civil society groups, students and the media as well as other stakeholders to join me.”

Falz, Macaroni, Dele Farotimi, Temitope Majekodunmi, Segun Awosanya (Segalink), Adedotun (Just Detoun), Seun Kuti; Commissioner of Police, Hakeem Odumosu; and Commander of Rapid Response Squad CSP Yinka Egbeyemi and others were among the names the governor called to join him in the “historic march for our dear Lagos.”

Sanwo-Olu also said his government would release its White Paper on the report submitted by the EndSARS Judicial Panel of Inquiry on November 15, 2021.