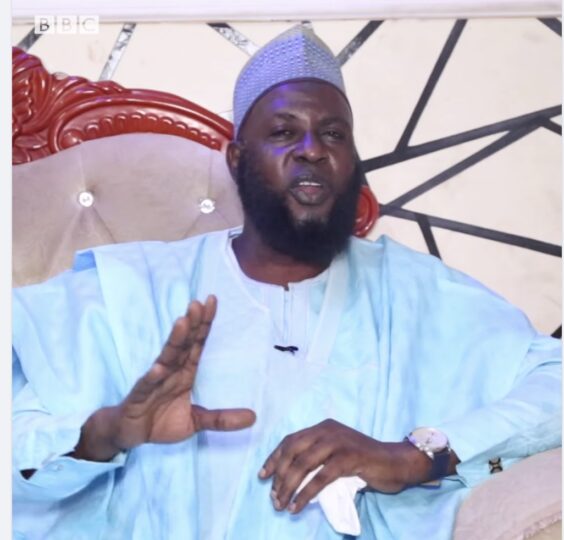 The Akewugberu Family of Oyo has appealed to Governor Seyi Makinde to secure the release of Alhaji Moruf Akintunde, who was arrested by personnel of Operation Burst 15 days ago.

Akintunde was arrested in his residence at Alhaja Sara Street, Cele, in Oyo Town at about 6.00 a.m on Nov. 18 and taken to an unknown destination.

Speaking with newsmen in Ibadan on Wednesday evening, on behalf of the family, an Islamic cleric, Sheikh Taofeek Akeugbagold, said that no fewer than 40 fully armed personnel invaded Akintunde’s residence to arrest him.

Akeugbagold said that there was an urgent need for the state governor to intervene and help the family in securing the release of their son, Akintunde, from the custody of the military personnel.

“It is exactly 15 days ago that my brother and father of four was taken away by the Nigerian Army in a vehicle that belongs to the Oyo State Security Outfit codenamed ‘Operation Burst.”

The cleric said the family got wind that Akintunde is being held at a military base in Abuja.

“I am here today to appeal to the Nigeria Military to release my brother. He was arrested in our family house in Oyo Town 15 days ago and has yet to be released.

“The military men came with vehicles of Operation Burst. His son followed him to the Operation Burst office in Oyo, but we heard he had been taken to Abuja for reason not known to us.

“I am appealing to them to release my brother if they had done their investigation and discovered that he knows nothing about the reason he was arrested,” Akeugbagold said.

He said that the Akintunde has a 95-year-old mother who had been in a coma since the day he was arrested.

Also, one of Akintunde’s sons, Mr Azeez Akbar, had told NAN that his father was taken away on that Thursday morning by security personnel in Army uniform and mufti.

“My father was putting on a towel when the Operation Bust personnel came to arrest him in his house at about 6.15 a.m on Thursday.

“We, the family members, have to beg them before they allowed him to put on his cloth.

“Some of the personnel that came for the arrest wore Army uniform, while others were in mufti; my father challenged them to produce the arrest warrant, but they were unable to produce it.

“They later took him away without telling us his offence; if at all he had committed any offence, they should let us know and his whereabouts.

“Since then, we have not heard from him or the Army of his whereabouts and offence,” Akbar said.

When contacted by newsmen through a telephone call, Alhaji Abubakar Adamu, the Administration Officer of Operation Burst, confirmed the arrest of Akintunde.

According to him, the arrest followed a directive from Abuja.

“I am aware of the arrest, but it is from Abuja. The family had contacted me and I told them it is beyond us here.

“We received signal to support them with logistics and that was why we released our vehicles to carry out the operation,” Adamu said.