Captain Smart arrested for inciting an uprising in Ghana 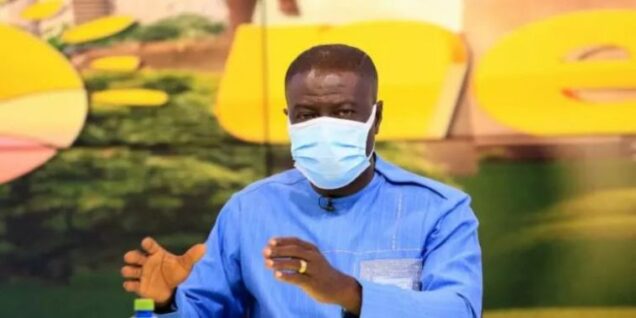 The host of Onua TV/FM morning show in Accra, Blessed Godsbrain Smart popularly known as “Captain Smart” has been arrested.

The popular broadcaster was arrested for calling for an uprising in Ghana on his show.

A statement from the Ghana Police Service said Captain Smart was arrested for making “some unsavory pronouncements that hinge on peace and security”.

A separate statement from the National Media Commission (NMC) said Captain Smart called for “insurrection against the state of Ghana and its institutions” in a recent broadcast.

Captain Smart had called out some traditional leaders on his show for being silent on the hardships the Akufo-Addo government has inflicted on Ghanaians.

He said: “Otumfuo and Okyenhene, I’m not by this message trying to disrespect you in any way, and never will I ever do that. But with all due respect, I’m disappointed in you for being silent. Otumfuo, Nana Addo listens whenever you talk; unless you tell me he doesn’t heed to your good counsel, but I won’t be surprised If he refuses to listen to you because [Akufo-Addo] doesn’t respect anyone including you.”

“Togbe Afede are you happy? Asogli State are you happy with the way the people of Volta Region are being treated? Go to Keta and have a look at the place yourself. Awomefia are you happy? All the chiefs in Ghana are you pleased with the current happenings in the country? Even your royalties they don’t pay. Krobea Asante Kotokohene please your silence is long overdue, we want to hear from you.”

Captain Smart further noted that he will choose an uprising over a coup in this country.

“Where we have gotten to, we require an uprising with a positive defiance,” he stated.