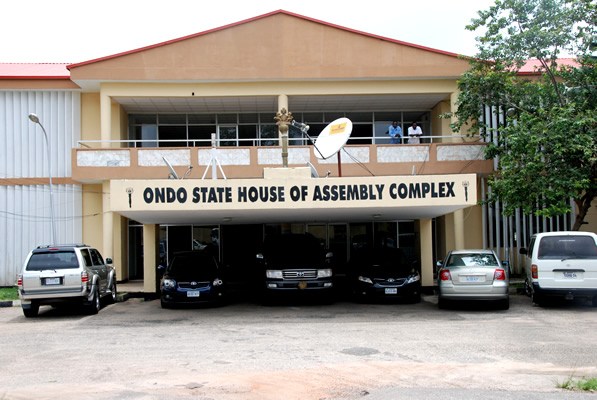 The Ondo State House of Assembly on Thursday screened and confirmed the list of 14 commissioner-nominees forwarded to it by the State Governor, Mr Rotimi Akeredolu.

A letter signed by Secretary to the State Government, Catherine Oladunni-Odu, had earlier been sent to the assembly for the screening exercise.

The nominees had appeared before the selection committee of the house for the screening.

The Deputy Speaker, Samuel Aderoboye, who presented the report of the committee at the plenary observed that the 14 nominees had been screened and found competent to serve as commissioners in the state.

Aderoboye requested that the nominees be called to step forward for confirmation of their appointments.

The nominees were thereafter called outside for ratification of their appointments through a voice vote by a majority of the lawmakers at the plenary.

The Speaker, Bamidele Oleyelogun, who spoke after the confirmation congratulated the new commissioners, who he said were appointed on the basis of their track records.

Oleyelogun urged them to work with Gov. Akeredolu to enhance the delivery of dividends of democracy to the people of the state.

A commissioner-nominee, Pastor Femi Agagu, who spoke on behalf of his colleagues pledged to join hands with the governor to impact positively on the lives of the people.

Agagu said they would work with the present administration, add value to the instrumentality of governance and promise not to disappoint the legislative arm of government and the entire people of the state.