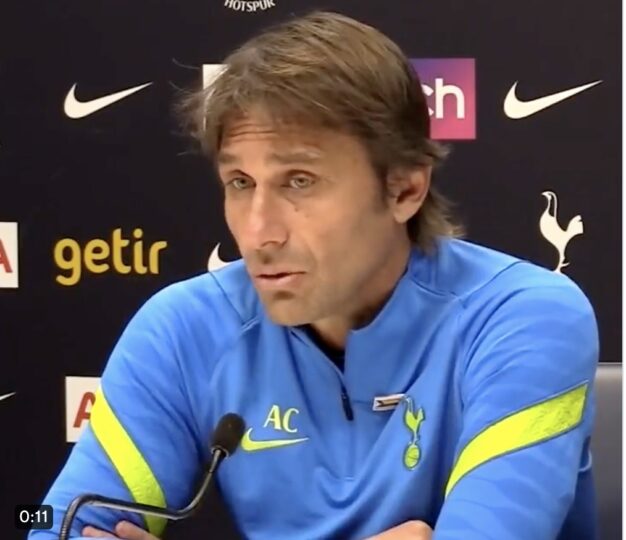 Antonio Conte said being Tottenham Hotspur manager is the biggest challenge of his career so far and that the club is paying the price for letting standards slip over the years.

Tottenham, who are ninth in the Premier League, have won two of their four games in all competitions since Conte took charge last month.

They suffered an embarrassing 2-1 defeat by Slovenians NS Mura in the Europa Conference League last week.

Conte won three Serie A titles with Juventus before winning the Premier League and FA Cup with Chelsea. He then guided Inter Milan to their first league title in 11 years in May.

“(This is) my biggest challenge, yes,” Conte said. “I have a lot of enthusiasm … Now the most important thing is to create a good base and then to build something important.

“The club, in the last years, has been slipping. If I compare Tottenham to when I was in Chelsea, Tottenham was very, very competitive, was a really, really strong team.

“And I think that to lose important players or someone became old and then to have a change of generation, I think Tottenham now is paying a bit for this. Now we have to create, to start again … We need a bit of time but I’m sure we can improve a lot.”