Will Ronaldo Be in the World Cup?: Here’s Why He Will Probably Be 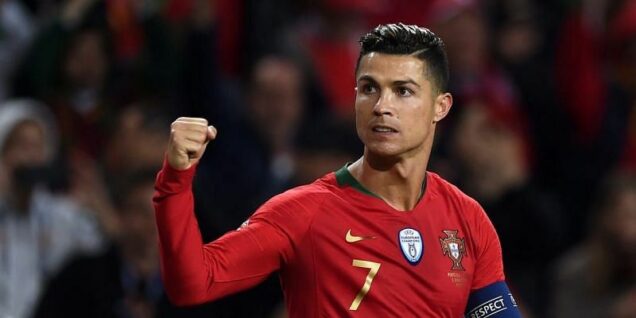 The sheer fact the European Champion isn’t in the World Cup seems irrational, but they haven’t done any better than Portugal in the qualification stage. Then, Portugal is not only Ronaldo. There are plenty of reasons that neither of the squads are safe bets, but then again, it may be safer to bet on Portugal than on Italy. If you need a place to bet, know that Overlyer reviewed Interwetten. Just saying.

Ronaldo as the X factor:

Ronaldo is what Conte once coined (himself) as: a serial winner. The man proved time and time again that he is able to bring whatever team he represents to the next level in decisive games, and if the rest of the team is not up for it, he will single-handedly do it. Look at Juventus vs. Atletico, look at the Champions League this year. He literally qualified Manchester United to the knockout stage. And he has done it before for Portugal too, with a mythic hattrick against Sweden. No one can tell with certainty that he will not do the same in this play-off.

Fernando Santos inherited a squad that was incredibly weaker than the squad he has now. Problem is: he was, until the game against Serbia, the only one who hadn’t realized yet. His reactive, defensive style of play (oftentimes with 7! Defensive players fielded at the same time), does not contemplate the offensive talent in the squad.

Luckily, albeit a little late on the road, he understood that this is not the way forward, and that Portugal needs to impose their game and their philosophy unto other squads, simply because they are one of the most talented national teams in the world.

Portugal hadn’t seen this much talent for… well, never. Portugal surely had great teams, but there’s simply so much quantity of quality that there’s impossible to compare to other squads.

Ruben Dias, Nuno Mendes, Pepe and Cancelo are the defensive four. We are talking about one of the best center backs ever, the best right-back at the moment, the player of the Premier League last season, and one of the most promising left-backs. If Nuno Mendes is still green, Guerreiro can do the job, possibly even better than the youngster.

Then, Danilo, playing at PSG as a 6, or Palhinha, are dully available to serve as a tampon to let players like Bruno Fernandes, Jota, João Félix, Renato Sanches, Gonçalo Guedes, André Silva, Bernardo Silva, Rafael Leão, Pote and, of course, Cristiano Ronaldo.

These are only some of the names available for Fernando Santos to mix in the midfield and attack, and just the exposition makes clear to any football fan that knows his stuff that we are talking about some of the best players in the world, playing in some of the best clubs of the world. And there are plenty that were left behind.

But if names are not enough, let’s look at the value of the squad as a whole: a whopping 775 million. Portugal is the fourth more valuable national team in the world, only behind England, France and Brazil. So, if we are to analyze Portugal’s possibilities in the World Cup using only this factor, Portugal would not only be certainly qualified for the World Cup, but one of the main contenders to actually go ahead and win it.

Sure, Italy is the 8th, with a value that is only 135 million less, but that’s still a difference worth noting. We are talking about a top-national squad, not the underdog who happened to win EURO 2016. Now, Portugal is a big threat to any team and can topple every squad in the world.

So, it only makes sense they make it into the World Cup.