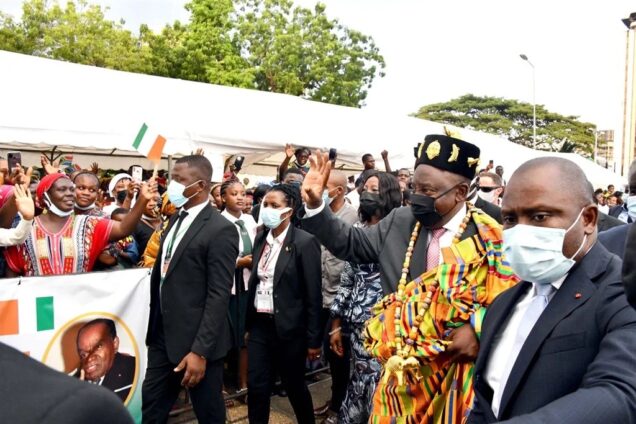 President Ramaphosa had landed in Nigeria on Tuesday night for the first leg of his West African tour, amid fears of Omicron variant.

News24 reported that the affected security members were evacuated out of Abuja on Thursday in a South African Air Force Falcon 50 VIP jet,
scrambled for a medical evacuation (medevac).

Thandi Modise, Minister of Defence, who is travelling with Ramaphosa, confirmed to journalist Carien du Plessis in Abidjan, Ivory Coast, that the members had tested positive.

He said they were in the process of being evacuated.

Asked why they were not being treated in Nigeria, which constituted the first leg of Ramaphosa’s official visit to west Africa, Modise said the decision was taken as a matter of convenience.

Nigeria was Ramaphosa’s first stop on his West African tour.

The trip will take him to Côte d’Ivoire, Ghana and Senegal and conclude on 7 December.

The trip is meant to reinforce South Africa’s bilateral relations with Nigeria and other West African nations.