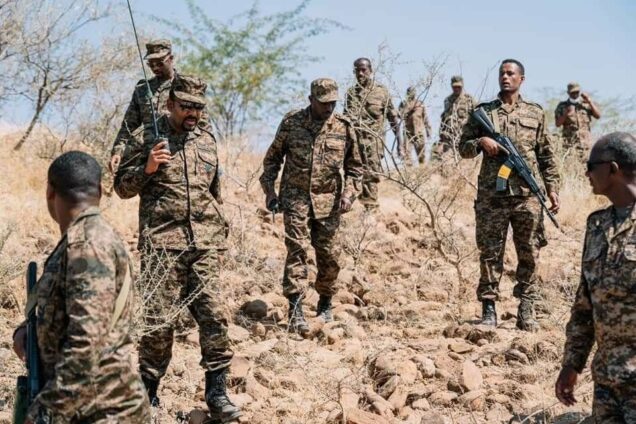 The Ethiopian government said secondary schools will be closed across the country to help support the ongoing national call amid military operations against the rebel forces.

Government said all secondary schools will be closed for one-week to help in harvesting plantations of those who are on the frontline in the fight against the rebel fighters.

Over the past few days, the ENDF jointly with regional forces and militia fighters has claimed control of strategic cities and towns across Amhara and Afar regions, bordering the Tigray region.

Since the Ethiopian Prime Minister Abiy Ahmed joined frontline combat last week, ENDF and its affiliate forces have shown strong mobilization against rebel forces amid the expanding conflict in the northern part of Ethiopia.

Last week, Ahmed had called on “all patriotic Ethiopians” to join him in frontline combat against forces loyal to the TPLF.

“The time necessitates leading the nation through martyrdom. To this end, I will march to the battlefield from tomorrow onwards to lead our defense forces,” Ahmed had said in his call to the nation.

The conflict, which erupted on Nov. 4 last year in Ethiopia’s northernmost Tigray region between TPLF, which used to rule the Tigray region, and the federal government, has over the past months spread across neighbouring Amhara and Afar regions.

Last month, the Ethiopian House of People’s Representatives ratified a six-month state of emergency rule to contain the rebel group’s advancement and to ensure the country’s peace and security.